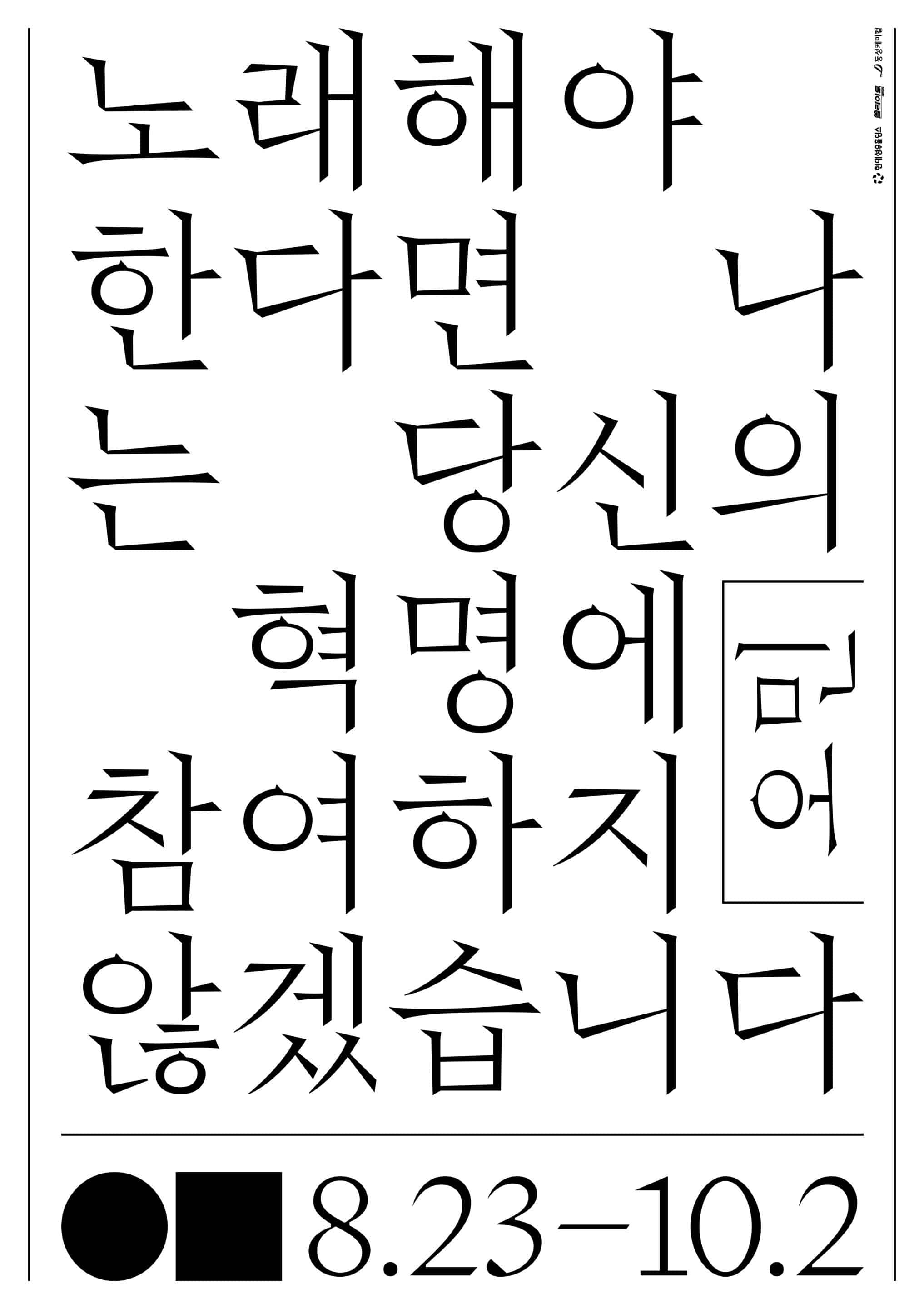 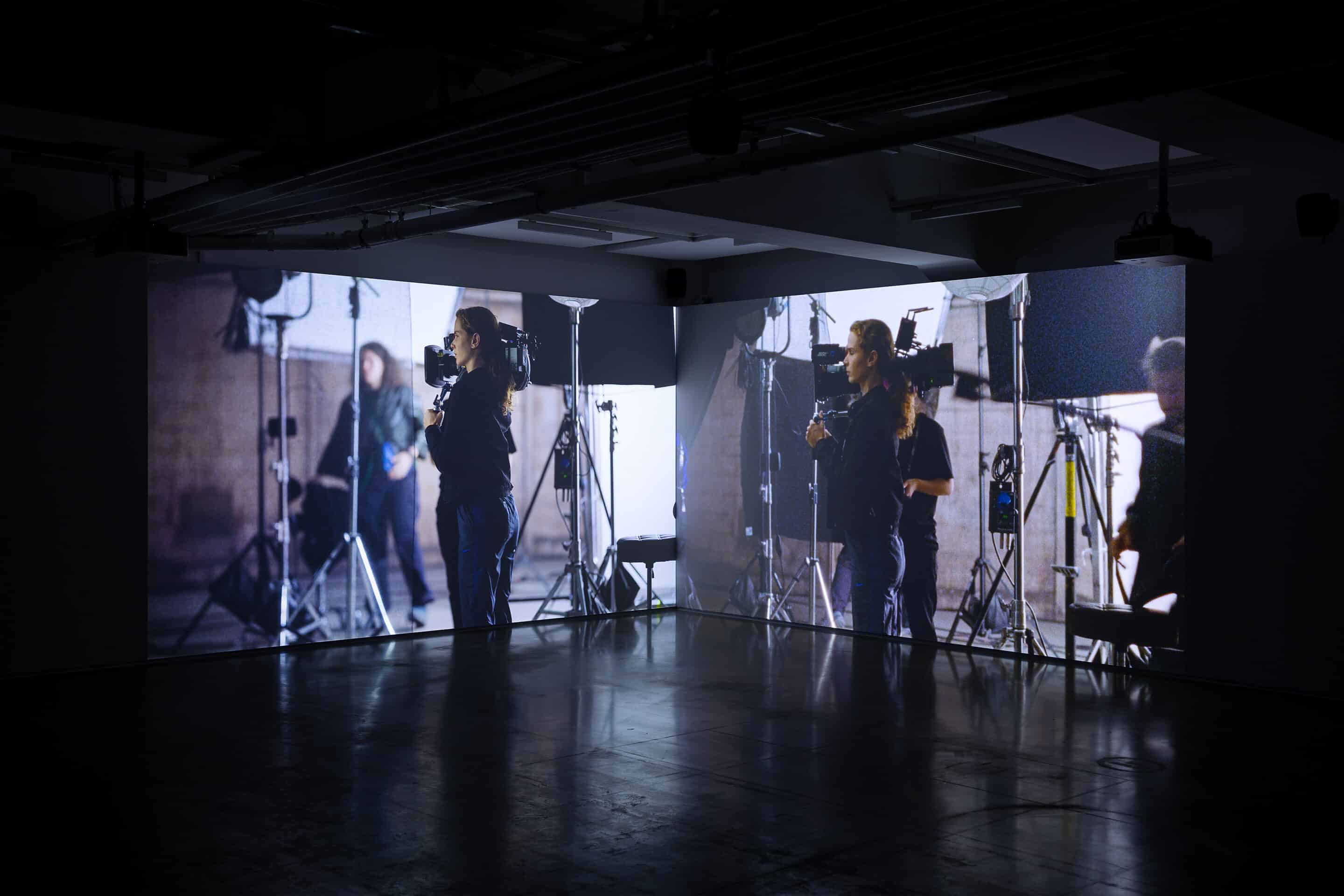 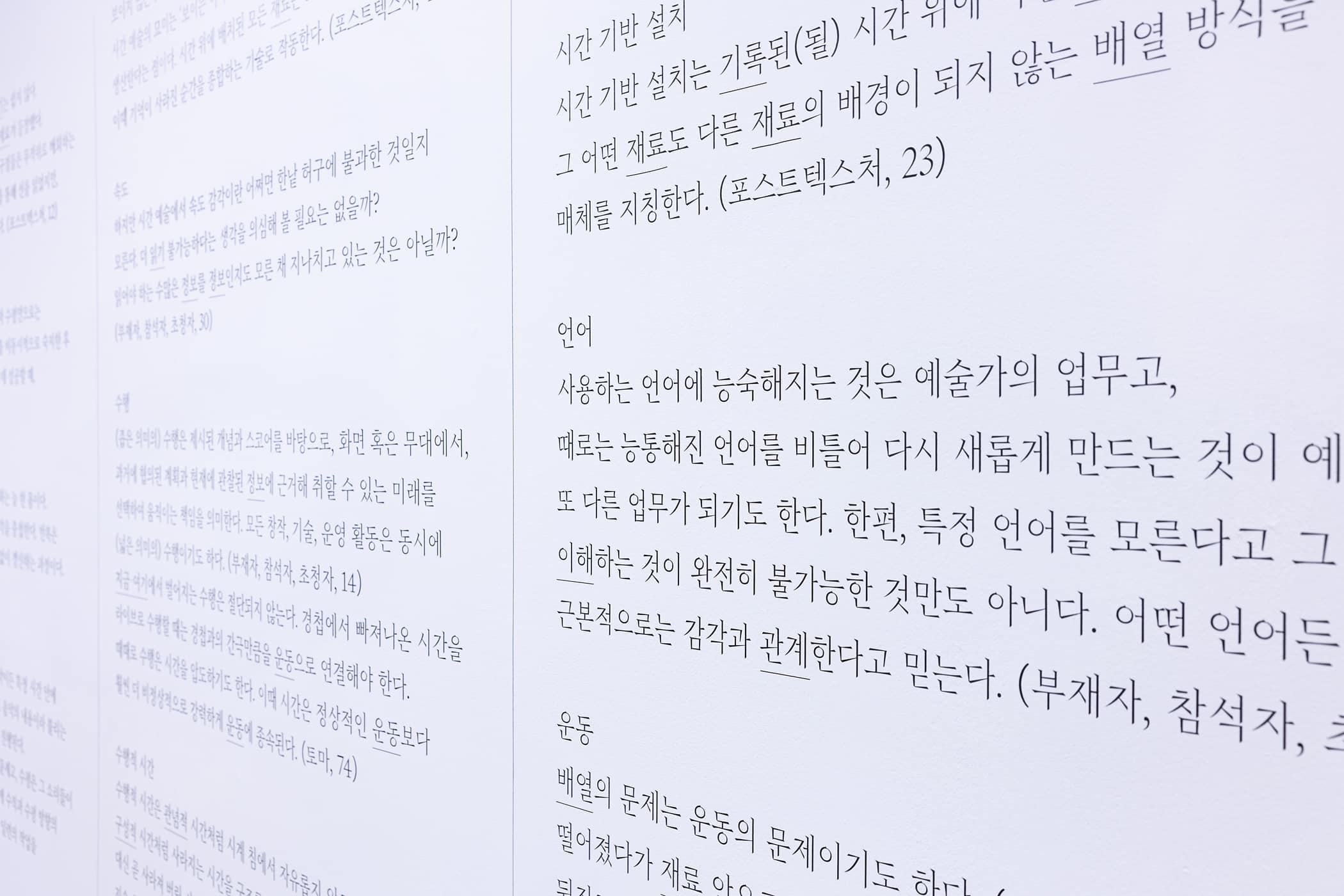 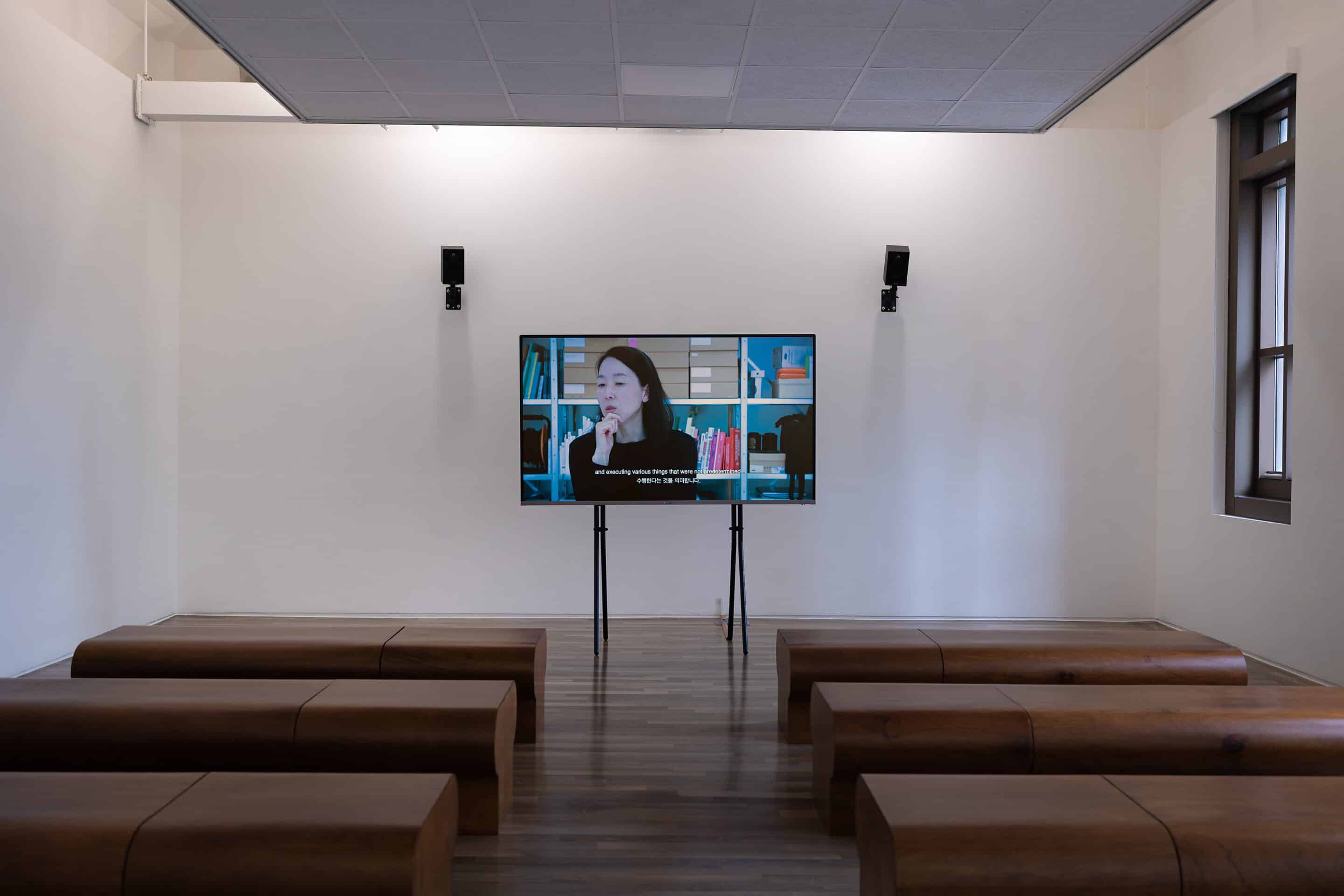 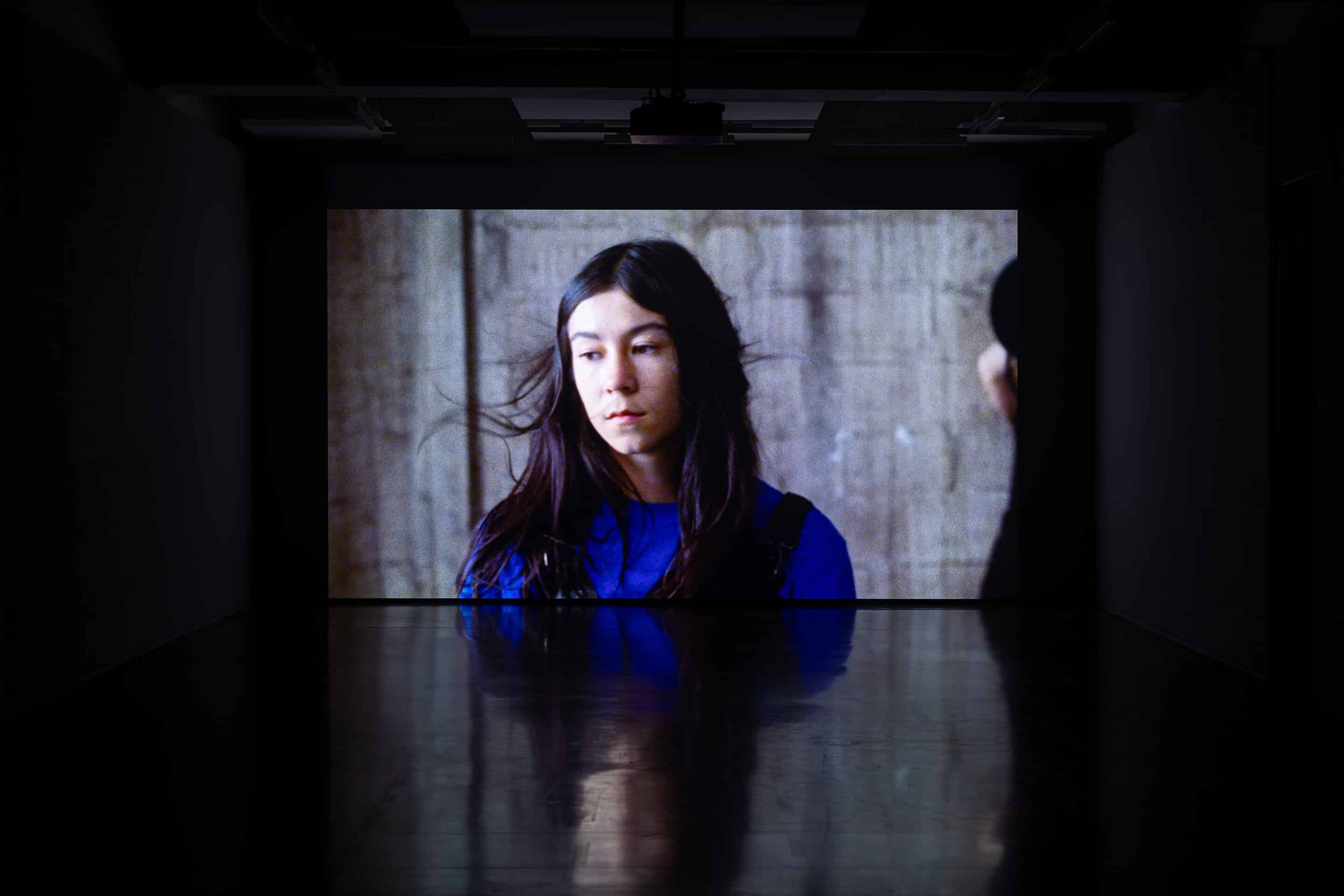 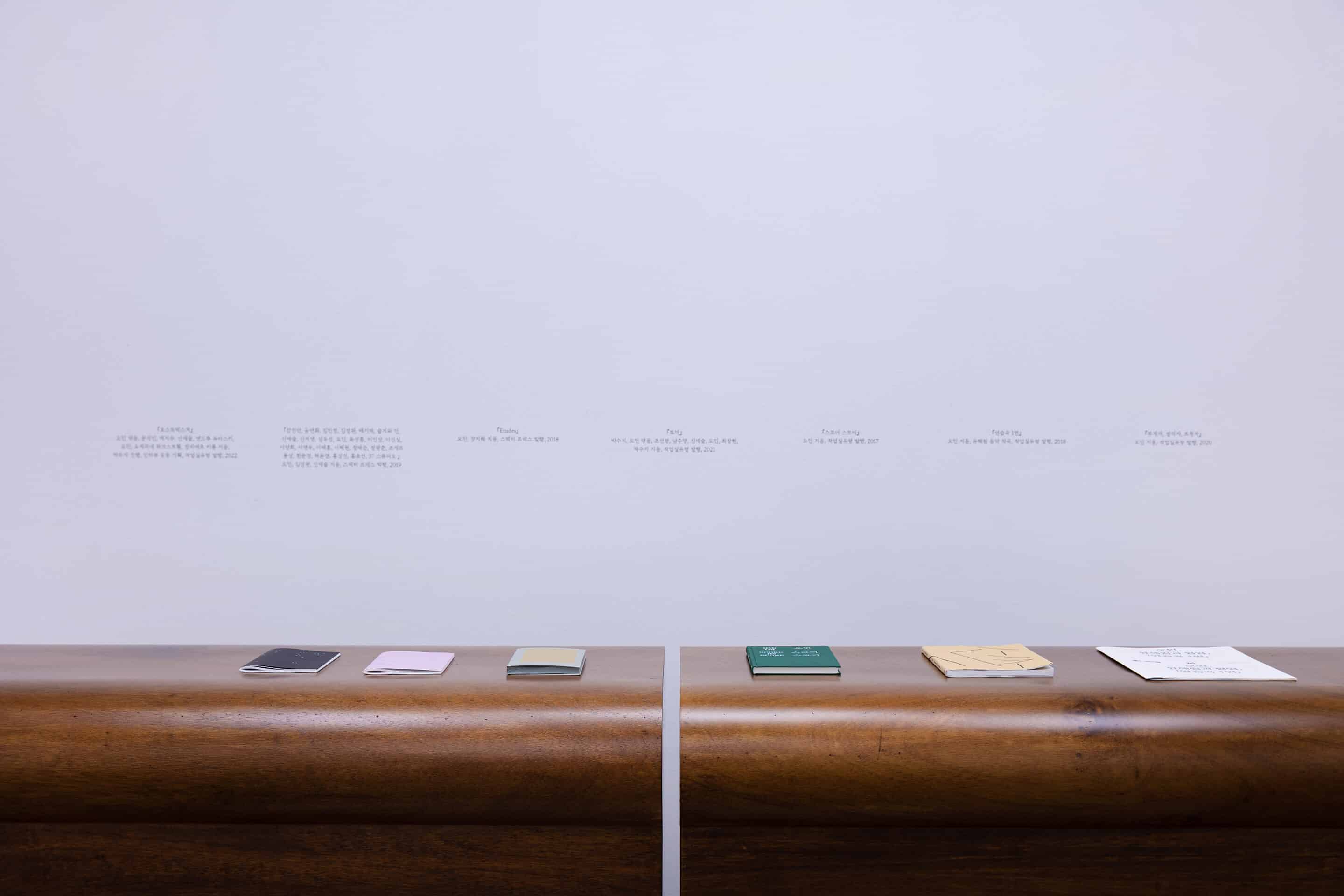 The nature of time is universal. However, our sense of time is incomplete and unclear. That being so, artists treat time based on arbitrary and idiosyncratic systems. Art, as something that deals with static and cold affects, came up against a turning point after embracing time as both a conceptual and perceptual material. Oh Min is an artist who explores the effects and methods of observation of sound, video, and performance—elements that art came up with on the basis of temporality. Based on her experience as an instrumental musician, Oh Min goes beyond the historically established ideas of time and probes ways to visualize the structural conditions of time that is not reducible to a specific event or place. For instance, Oh takes forms discovered in musical sequences or musical score systems, reorganizes and transforms them into sensory information, and, at times, even questions the fundamental order and motive that govern works of art.

Oh Min searches for materials that can be arranged based on temporality and calls the resulting compositions of those materials “Time based installation.” Time based installation comprises factors internal to a piece, such as a character’s voice, surrounding noises, a staff’s gestures, camera movements, and editing methods, as well as factors external to the screen. Oh’s artistic journey, evolving parallel to musical structures, has gone from monophony to polyphony and then to the expansions, homophony and heterophony, in pursuit of forms that come after a single melody. Oh Min imagines the bundle of senses that lie on the extension of this trajectory—what is “outside” the linear order of arranged materials, the form of the complete work, and the structure of irreversible time. Then, comparing this to musical “texture” (different melodic organizations in the canon of music history), Oh defines the “mass” that encompasses the arrangement of sensory information and non-hierarchical perception as “post-texture.” If texture is a quality of a musical piece that pertains to harmony based on the hierarchy of form and content, post-texture is a non-musical quality, a sound that does not generate meaning by convention.

In the new three-channel work, Folded, the channels are juxtaposed against one another as they display sixteen 56-second scenes in which variations of materials reverse the direction of time. Post-Texture, formatted like a lecture, is a type of a score that instructs viewers on how to perceive and appreciate extended textures as they apply to Oh’s earlier works and several other references. The exhibition title, If I ought to sing, I don’t want to be part of your revolution, is a twist on a quote by Emma Goldman (1869─1940), an anarchist who denied the hierarchy between trivial dance and the pressing Cause. The substitution of the original “if I can’t dance to it” with “if I ought to sing” alludes to the thing and the action that is post-texture, which aims to muddy the principles of music.

Oh Min’s Time based installation not only embodies a structure of temporality but also recognizes the time that operates outside of it, evoking a varied sense of time in the viewers. Here, the core factor that characterizes the work—the precisely synchronized multichannel projection or the “folded” video composition—is the physical tension and relaxation that occurs at the junction of different modes of time or in the intersection between the self-sufficiency of form and autonomy of materials. This characteristic also epitomizes Oh’s determination to activate design, the visual format embedded in the work, as an integral part of the work. To Oh Min, design is more than skin-deep or just an appealing system of signs. Instead, design is an aggregation of forms that negates the possibility of a work being reduced to a mere bundle of content. In the past, design had manifested in Oh’s work as a stringent editorial discipline, conceptual graphic system, and highly polished characters. In this exhibition, such formal experimentation branches out in the shape of the typeface “Oh Min” developed by Formula, monitors that broadcast a lecture by the artist, and the exhibition space filled with a void. In the empty space where the signification of content revolves around the appearance of form, both the art and its audience reach the state of indeterminacy, an intersection of simultaneity. In this process, post-texture gradually becomes an irregular mass.