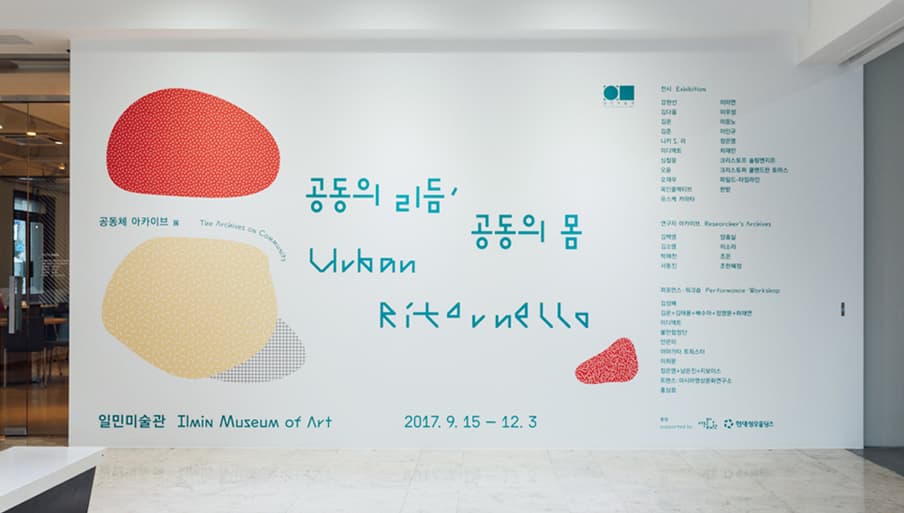 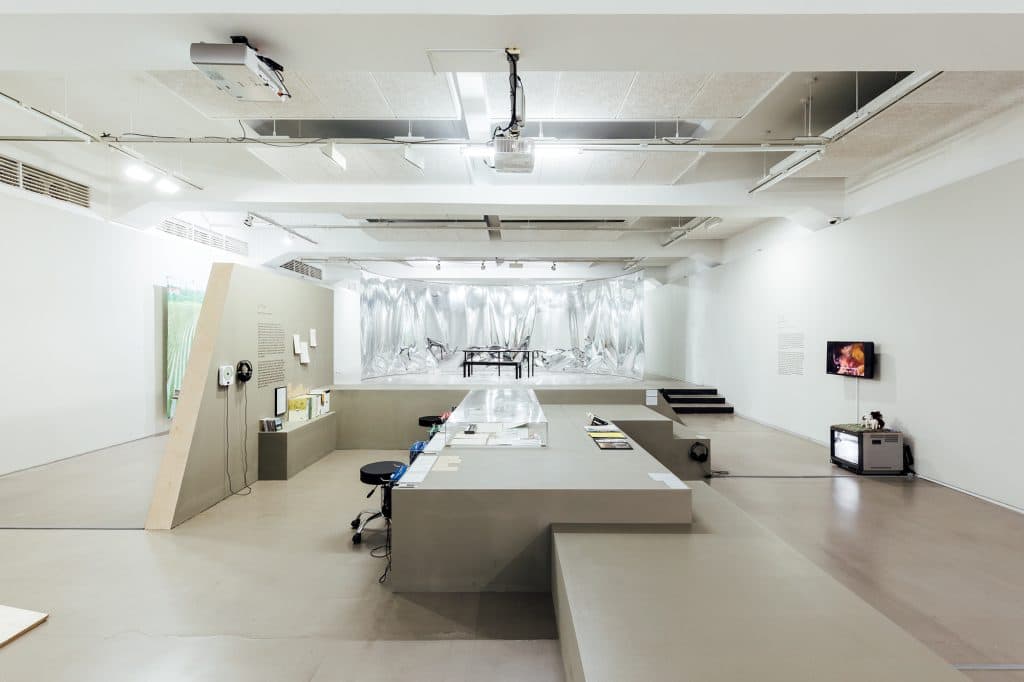 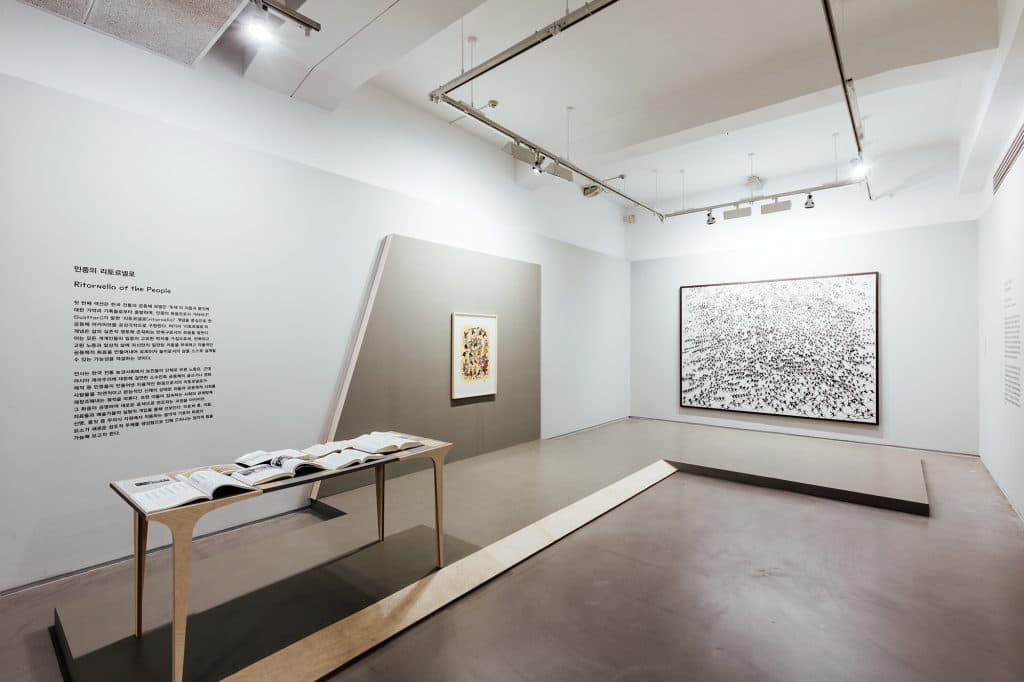 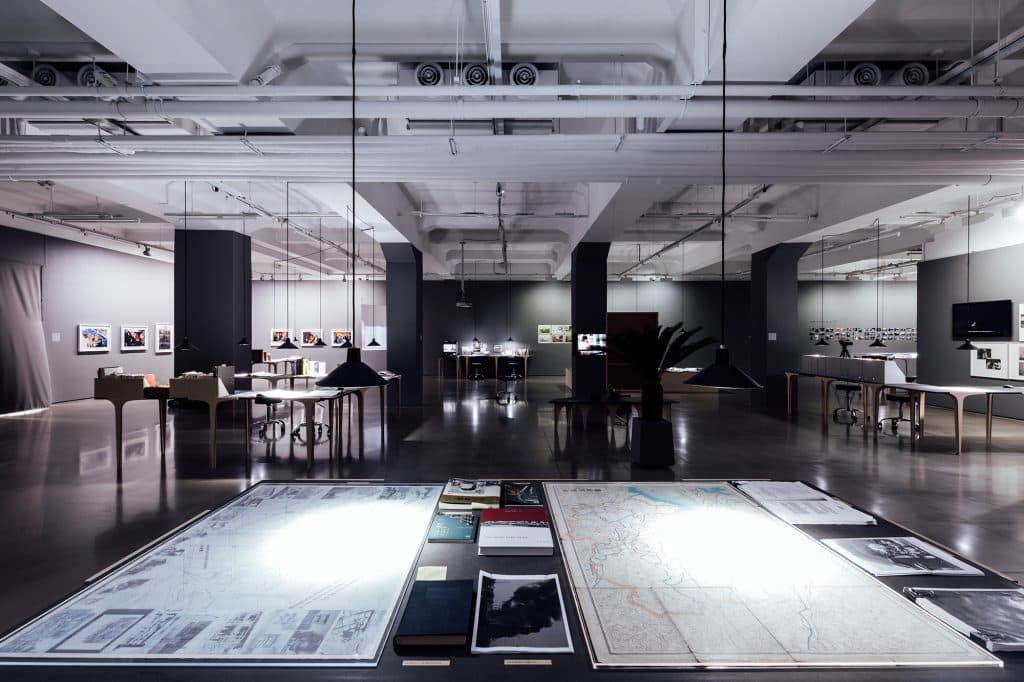 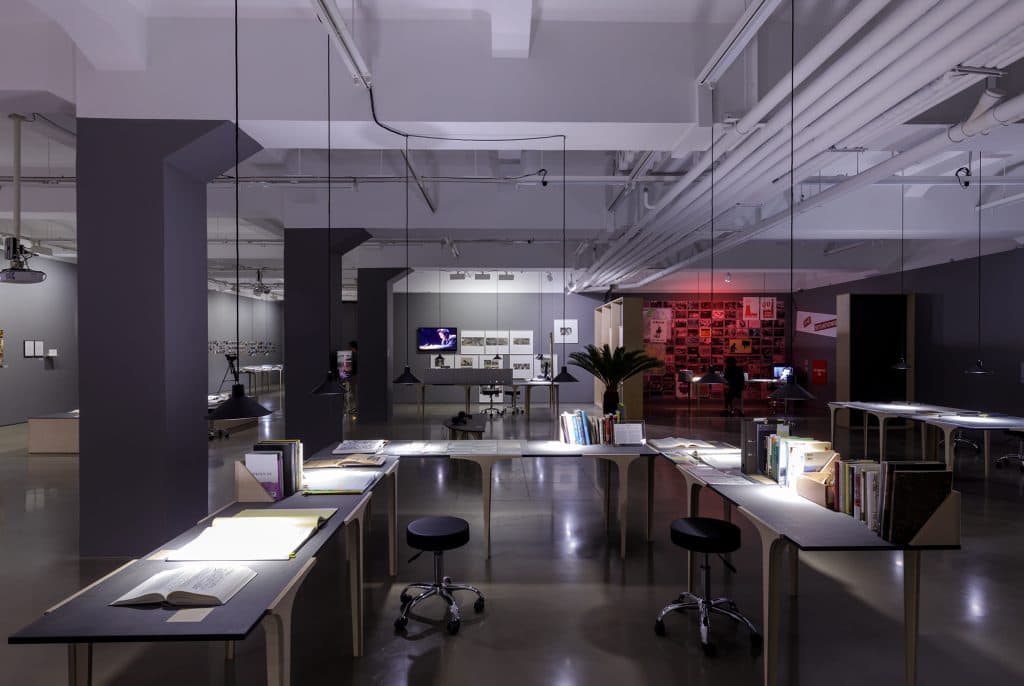 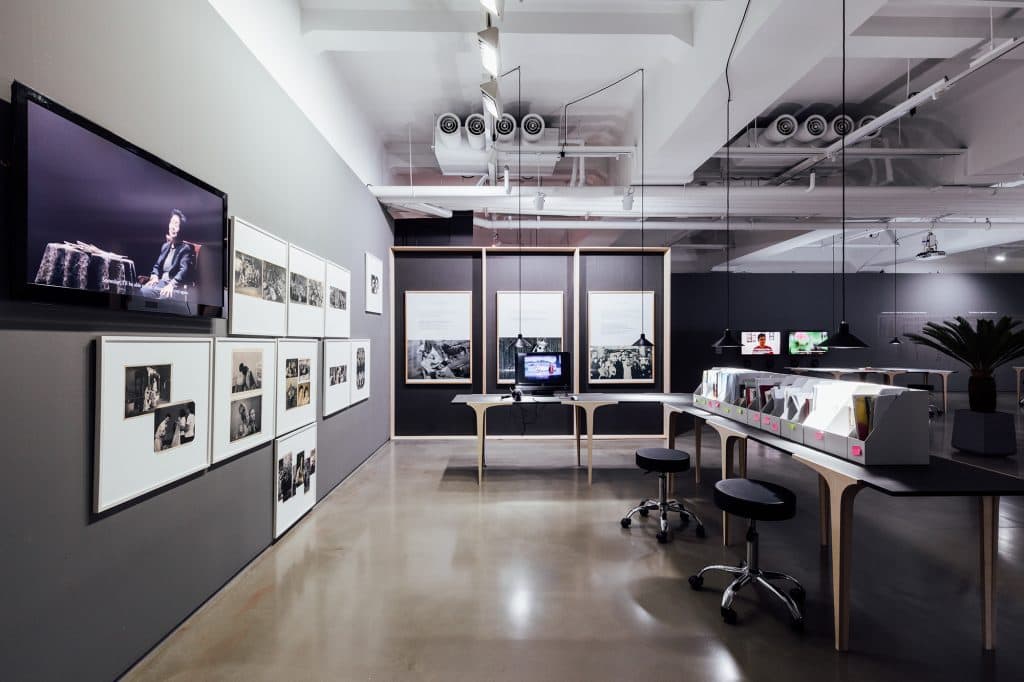 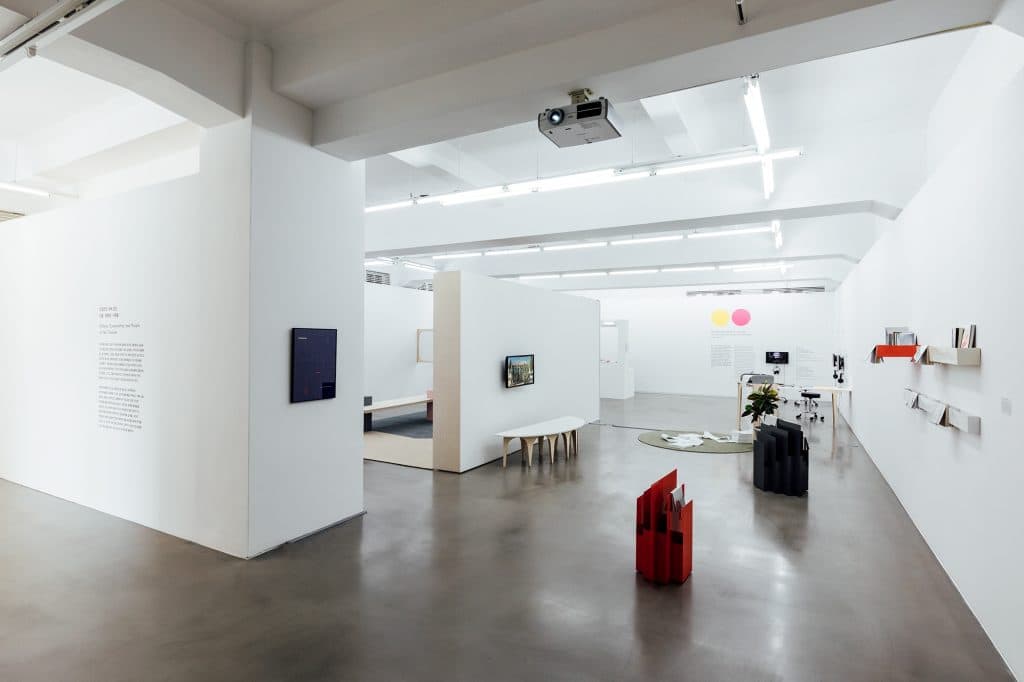 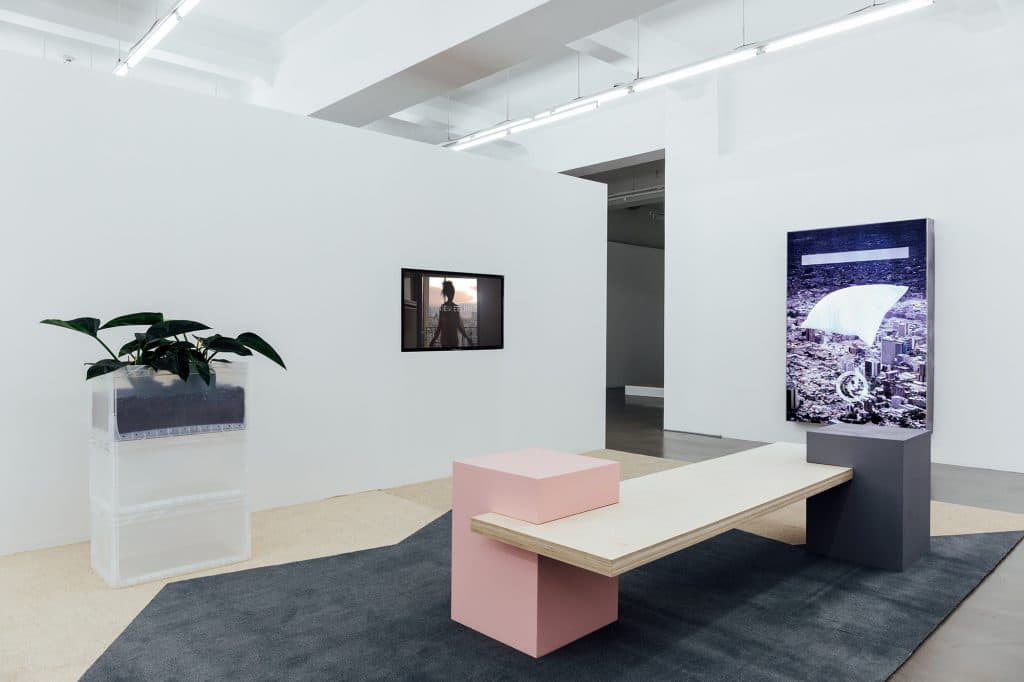 Urban Ritornello: The Archives on Community is an archival exhibition concerning a variety of “communities” that have changed since ancient times. Records of such communities are not usually kept in historical literature or historical sources but are mostly anchored in people’s memories and oral statements or are left behind as traces engraved in the domain of life, such as sounds, dances, and rhythms. This exhibition presents the archives artistsand researchers in an extensive range of fields such as humanities scholars, sociologists, folk song researchers, documentary directors, and design groups have created from their own multifarious perspectives. This event attempts to shed a new light on knowledge culture that comes from below and the undocumented history of people while standing up to institutionalized norms and established historical facts.

It is also intended to pay heed to quotidian aspects and social phenomena that have changed as conventional communities including nations, people, and society are replaced with temporary, arbitrary, and indeterminate communities formed by new media, especially social networking services (SNS). The exhibition also poses questions concerning the communities that will develop after contemporary people’s lives and relational networks have evolved into a completely different dimension due to new sensibilities, perceptions, and emotions. This also presents a new utopia, i.e. a new community in which an individual engenders his or her own narrative and reconstructs a group’s existential placement as the subject of institutions and arrangements within a community.

Ritornello of the People
Starting from the memories and records of dure, or traditional Korean small farming communities, the first section synesthetically incarnates the archives on communities, focusing primarily on the concept of “ritornello” that Felix Guattari defines as the people’s chord. “Ritornello” in his sense refers to a “chord” as a refrain that is the existential territory of life. It stresses the possibility in which each individual is able to design their own life as an amusement or play by having their own rhythms, lending their own consistent rhythms to hard labor and daily routines, and engendering autonomous and communal chords.

This section traces the process of ritornellos as autonomous chords by people and how they recreate communal society by bringing people back to their natural and instinctive physical state. They can be found in work folk songs sung by peasants in traditional Korean agricultural society, writings by minorities that confront modern Asian imperialism, and movie making. This section also demonstrates the course in which chords are morphing into new sounds using archived materials and the experimental involvement of artists. In doing so, it intends to gauge political power disclosed as musical signs and chordal elements that work in an unconscious dimension much like how excitement, rhythm, and gesture bring forth a new creative subject.

Citizens, Refugees, and Displaced People: Scenarios of Coexistance and Antagonism
This section features the visualization and exhibition of both “social communities” and “political communities” in contrast with the concept of traditional communities. It goes on to address the notion of communities in connection with modern industrial capitalism and contemporary globalized capitalism. The multifarious concepts of communities have been molded in a way that reflect social crises such as severance, alienation, and conflict caused by industrialization in modern times. This section takes note of a wide array of cultural movements spearheaded by minorities who have resisted against suppression, norms, and order, showcasing the disintegration of traditional communities through the concept of modernity.

This section brings into the spotlight bookcases and archiving tables with research materials (books, audio and video materials, pictures, maps, notes, sketches) produced by sociologists, historians, philosophers, activists, designers, and artists who have researched modern communities. The act of reviewing their research materials may be a dynamic process of reconstructing archives by viewers in a way that is completely different from that of viewing well arranged and well constructed materials.

Their archives are concerned with descriptions of the movements of people who have confronted modern domination structures like states, governments, and power as well as the forums of tension and struggle in modern communities. They also review subcultures that have resisted against mainstream culture, international situationism, and activism. In addition, they shed light on another modern history molded from the bottom by enabling viewers to look into aspects of hierarchical life that is fraught with division and alienation in capitalist society.

Villages, Communities, and People on the Timeline
The third section is an observation of newly emerged communities in 21st century Korean society – political communities, hobby communities, and local communities – and a visualization of the hallmarks of such temporary, arbitrary, ever-changing, and vague communities that have appeared under new social circumstances. It is also a multilateral showcase of the phenomena in which today’s communities are closely bound up with each individual’s everyday life and concentrate on the recovery of human relationships and interactions as well as the tension and contradiction revealed in accidentally and naturally attained solidarity.

In this context, this section constructs a practical platform that can visualize extemporaneously produced and reconstructed archives. It displays community activities spontaneously conducted through a variety of media such as Facebook, Twitter, YouTube, podcasts, and local community radio broadcasting. It also provides viewers with a public site where viewers themselves can organize their own narratives, exchange views on social issues and concerns, and raise their own voice by presenting artistic practices conducted both online and offline based on this new media environment and web projects involving numerous individuals.