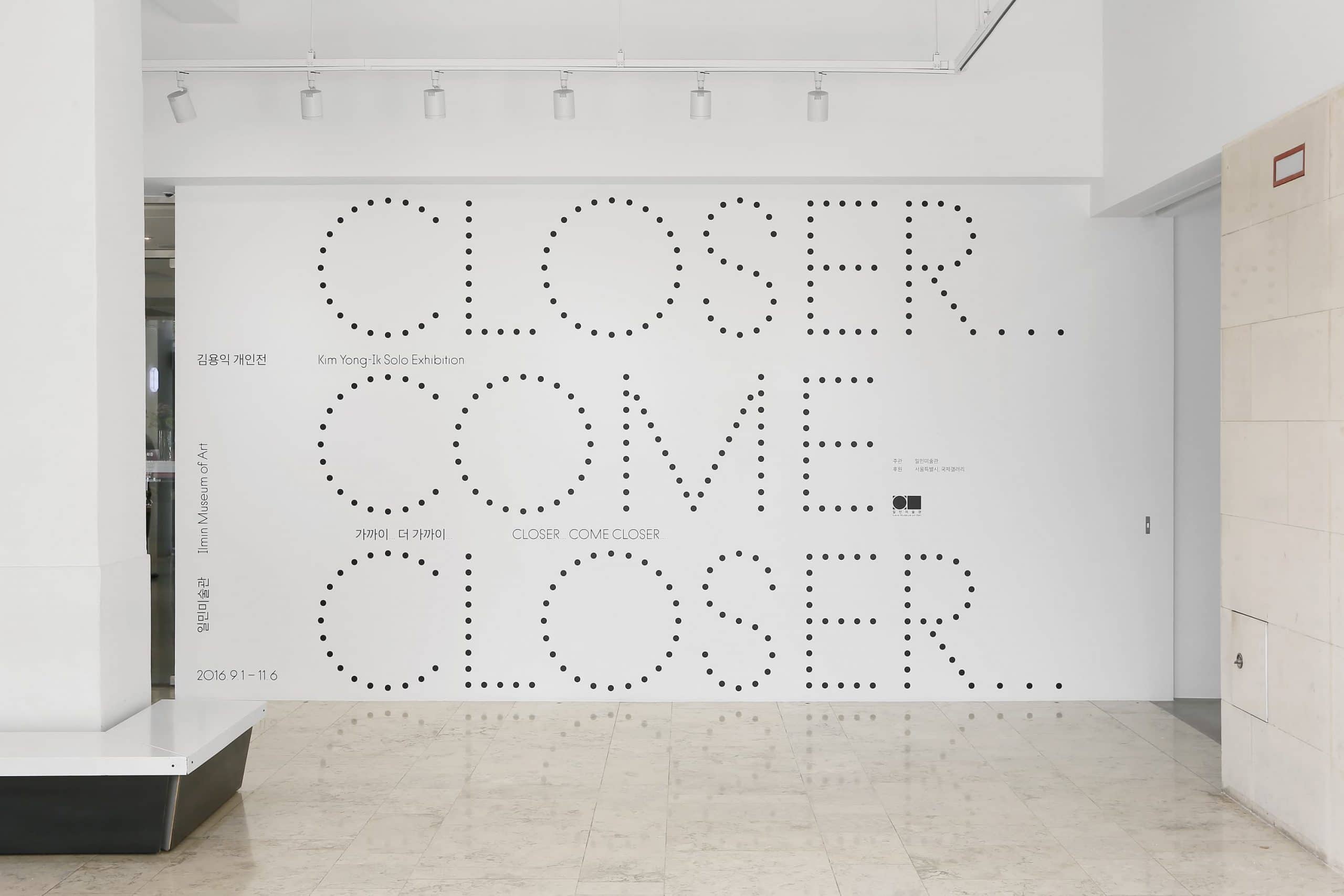 Graphic design is an art and practice of combining text and images in visual media to communicate content and meaning. 2005 is the year when the patriarchal family registration system was found inconsistent with the constitution in Korea, and 2015 is when adultery was ruled unconstitutional. And Seoul is a 36.78 km wide, 30.3 km long city in South Korea. Graphic Design, 2005–2015, Seoul connects them literally, but in a rather unsettled way.

This exhibition covers graphic design in Seoul from the last decade, but not fairly. Corporate annual reports, telecommunication company brochures, or financial product advertisements are not to be found here. Instead, it focuses on a few individual designers and their work in the cultural sector. Often called “small studios,” these practices expanded their operation into adjacent fields, including publishing, art, photography, architecture, and theater. Surely, there had been small studios before, and graphic designers had always worked in the cultural sector. But there are differences. Since around 2005, the intimate-scale practice began to be seen as a positive alternative to large firms. And for those small studios or workshops, low-budget, cultural-area projects such as printed matter for an art exhibition or a narrow-readership publication came to be—whether by choice or by force—almost the only source of work, not a fun deviation from regular, “commercial” projects. Interestingly, however, such minority work began to gain visibility, exerting influence in design communities as well as in related cultural fields. Focusing on the work of the limited group of people, therefore, is certainly justifiable, although it would be hard to say that it represents graphic design in Seoul during that period. And that might be a reason for the slightly uneasy title, where the commas and the dash work as rather insecure connectors.

Graphic Design, 2005–2015, Seoul may not provide a familiar view of a graphic design exhibition: it would be hard to find the usuals, such as posters, books, magazines or logotypes on display. Except for a library of ephemera (An Incomplete List), the work of graphic designers in this exhibition are not presented in actuality, but instead organized in a database (101 Indexes), reduced to a series of hyper-fidelity photographs (IMG), transformed to obscure objects (Three Dimensional World Replies), deconstructed and recomposed to new texts (Features /// Emanated records by the cumulative manifest appear on a paper in a physical way.), or turned to a column throughout the three floors of galleries (Building). It is mapped out as the designers’ social relations (Small World), explained in terms of a history of visuality (What a Masterpiece!), or linked to some timelines of world history (33). Meanwhile, there is an imaginary landscape that might be found in between some graphic designers’ means of production and their unconsciousness (A Maverick Leopard Jumps Over the Snow Lion and the Capitan Tiger in the Mountain Yosemite), and previews of the products’ potential afterlives, continued in their fragments (One Hundred One Letters).

Some might find this approach too detached, or pretentious. For a graphic design exhibition, however, this kind of “interpreted presentation” might in fact be a more direct and honest way of dealing with the subject. Within a white cube isolated from everyday spaces, it is nearly impossible to show the products of graphic designers’ work “as they are,” because they are not meant for it. Because graphic design is not a self-contained activity, but is contingent on the content and the context; because it is an art and a language always expanded, explained, transformed, and enjoyed by the designers’ collaborators and the design’s users—by the perspectives and the meanings they bring in.

Today is 2016. Eleven years ago in Seoul, the BGBG Record logo was drawn and the Modafe 2005 poster was printed. And just last year, two graphic designers opened the first gay bookstore in the city. All these now belong to the past; and as always, we have tomorrow.

Go to the liked program(https://ilmin.org/kr/program/graphic-design-program/)