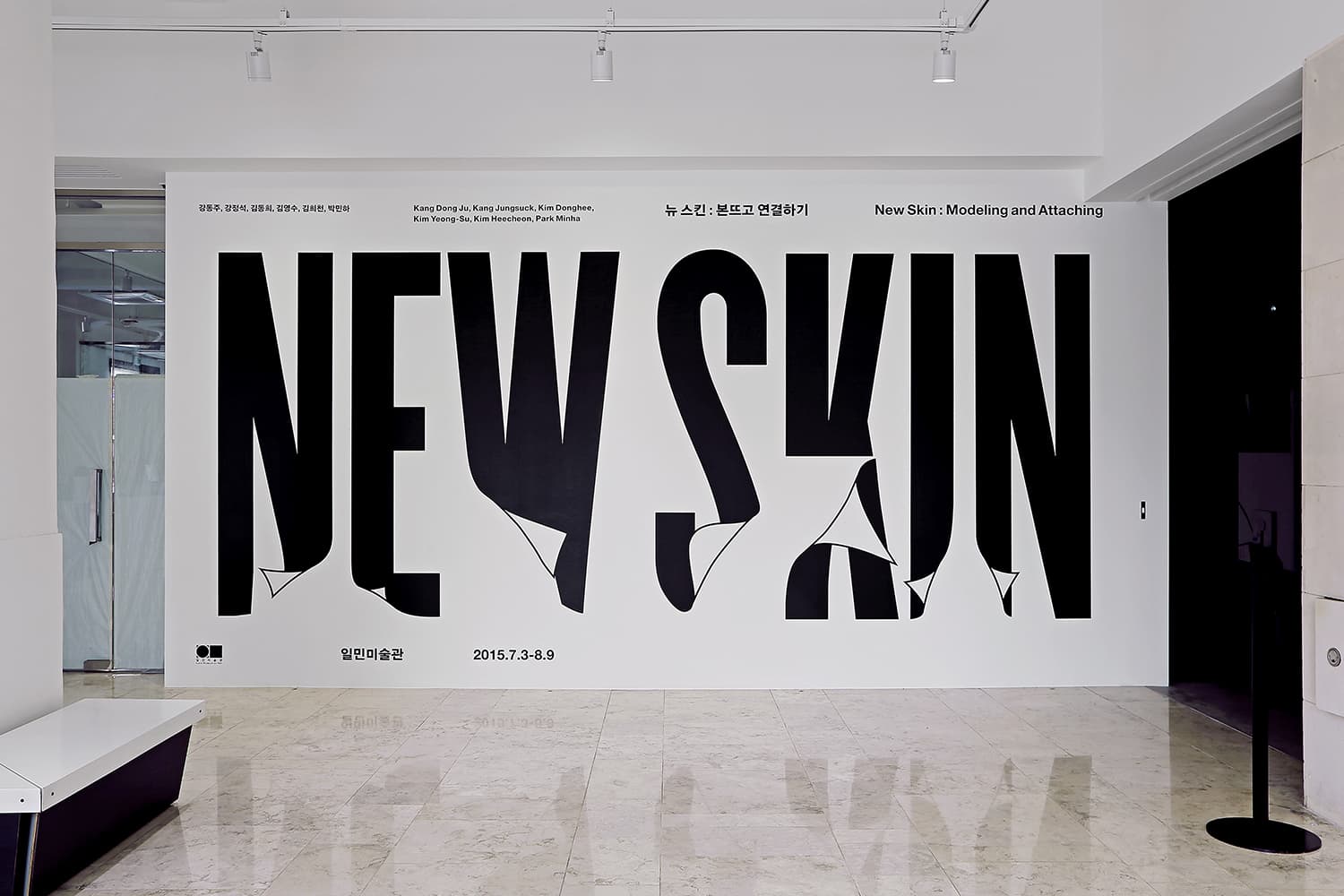 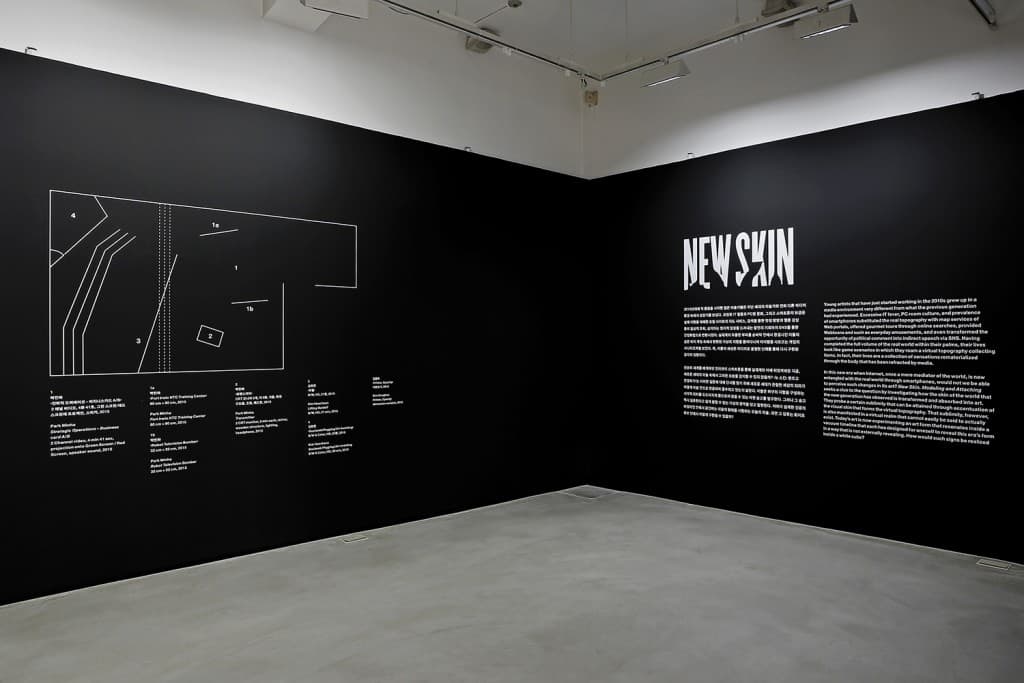 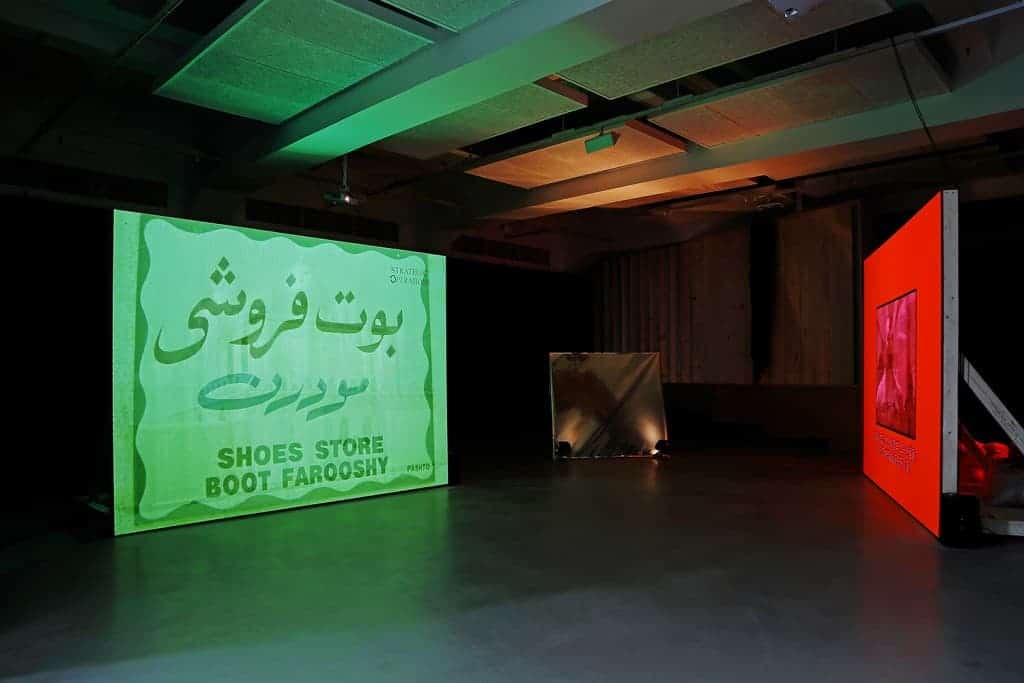 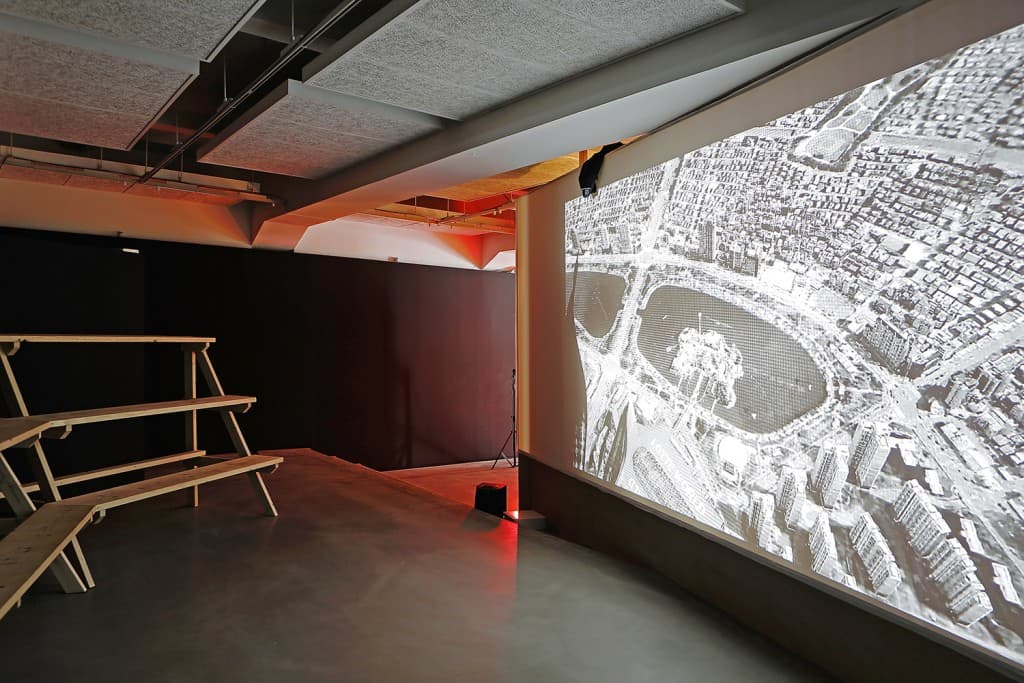 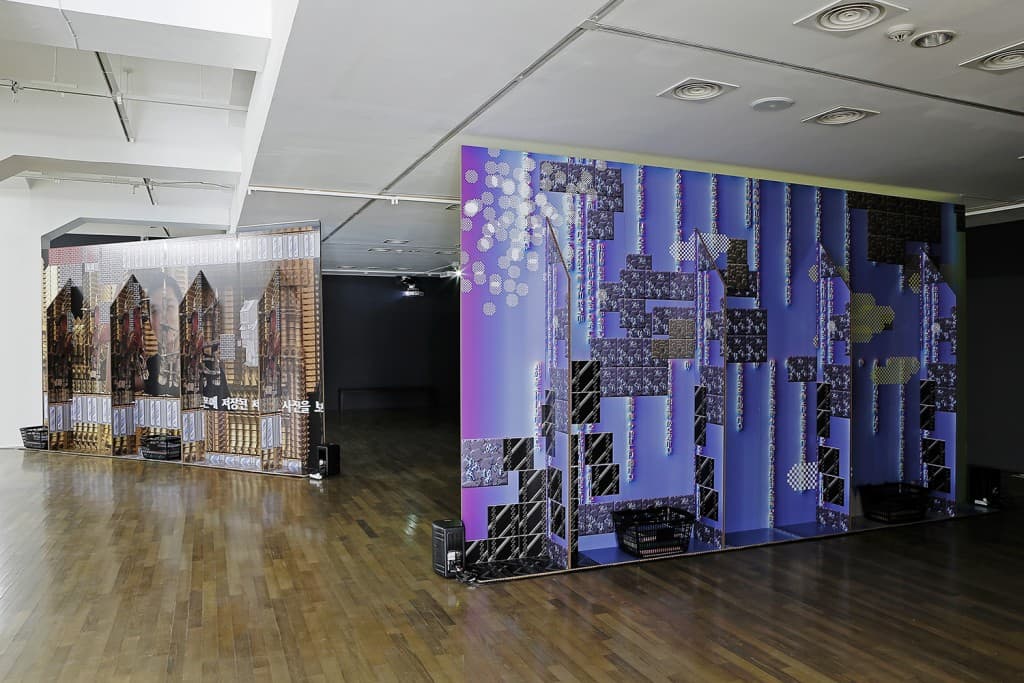 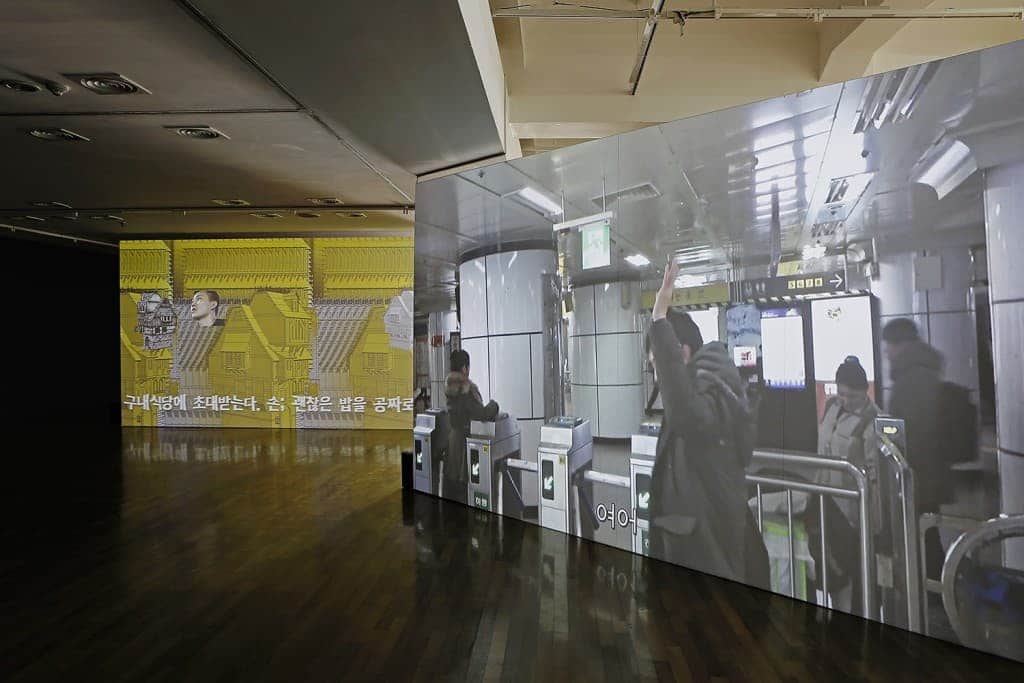 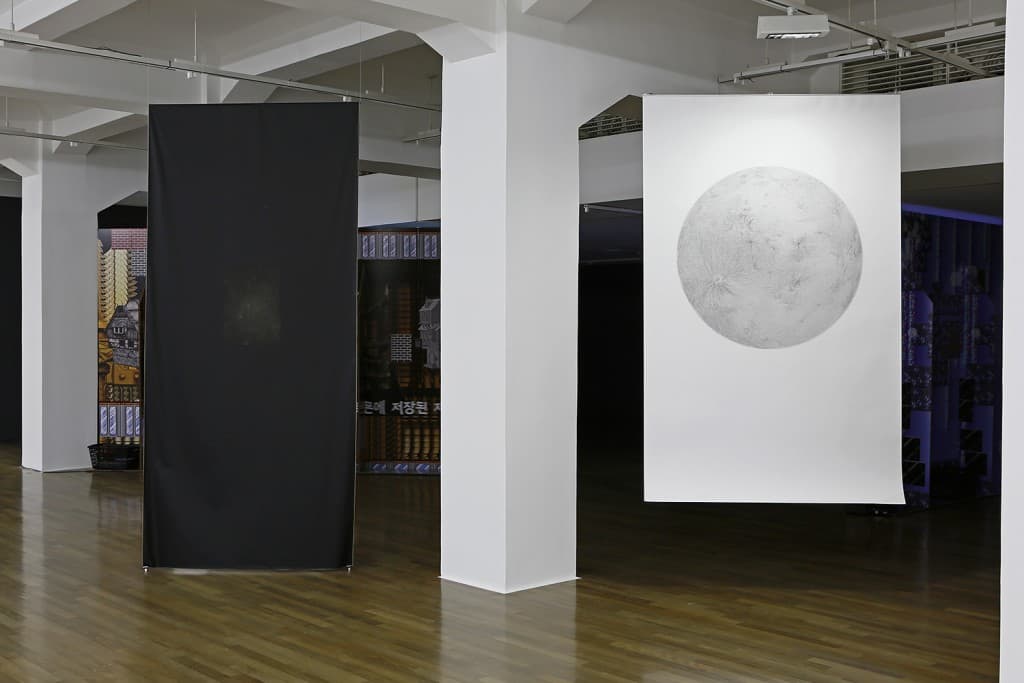 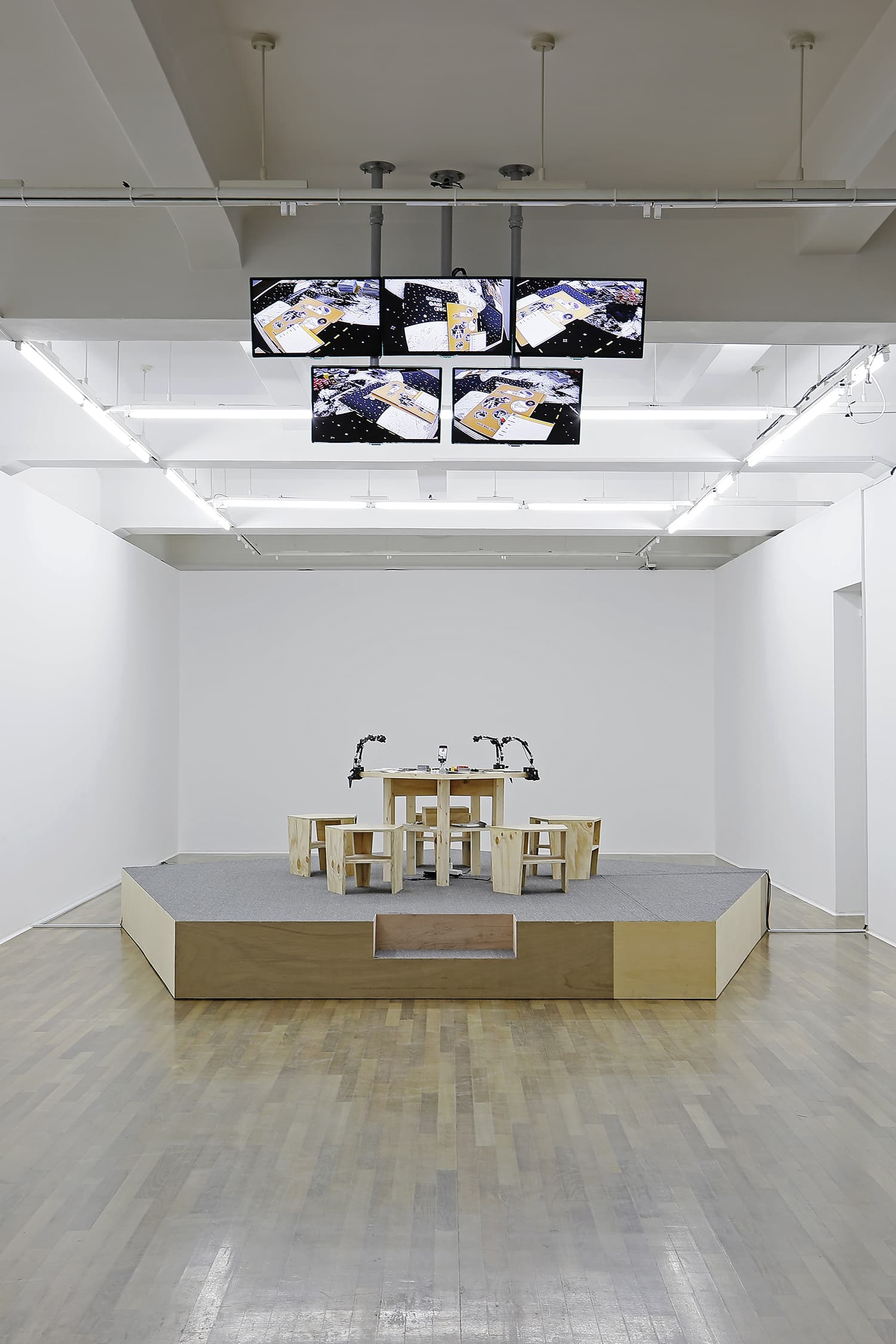 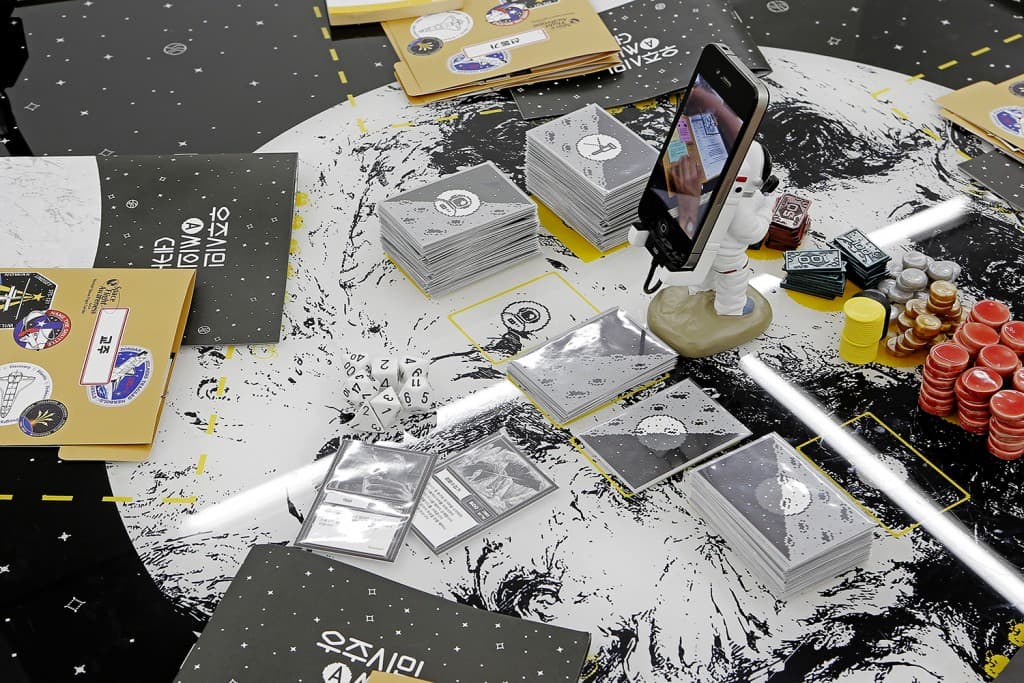 It seems it was already in mid 2000s that the art trend named “post-Internet” was recognized as the “next generation art”. Mainstream art had started collecting Internet images that can be seen anywhere by turning on the computer. Such trend brought about a confusion on the past system of critique that had sought to distinguish art and non-art. There were consistent complaints from the older generation on the several key-images that constitute the visual system of image archives such as Tumblr. In particular, when cheap Internet images are layered on top of the emergence of an unprecedented “insignificant” generation called hipsters, post-Internet art is regarded as the symbol of a trivial era.

The media art of late 20th century, the direct senior of post-Internet art, in a sense, was able to safely enter the insides of the art scene as it had a clear objective of appropriating new media to expand the denotation of art. But it quickly descended to an interactive culture (design) business mediating fascination to the audience, and was no longer able to perform any critical significance. When this is seasoned with a SF narrative as the likes of a fin-de-siècle decadence upon the future, nothing could better fit the carefree comment that media art is the art for everyone.

However, there certainly is an enchanting aspect to post-Internet art that is different from the past media arts. Post-Internet art rakes all possible images remediated through the Web, generates a massive archive, and produces new images in the manner of assembling a puzzle to kill time. Such stylistic trait is premised on the images naturally produced by a surplus restlessness that is overwhelmingly plentiful enough to paralyze the utilitarian function of the Internet. It thus does not intend to become art in the first place, and it doesn’t matter if it indeed is not art. Just as subcultures such as surfing, skate boarding, and hardcore punk had left behind their corresponding visual cultures, the term “post-Internet” itself takes on the form of everyone sharing the visual rhetoric that was once towed forth by the online experienced and talented who are fluent in the Web literacy.

It is media-digital technology such as Mode 7, early 3-D technology, matte filming, and duplicate images degraded by the Internet that post-Internet art in the West has mainly dealt with until now. This is because credentialed artists such as Harun Farocki and Hito Steyerl stood at the center of discourse. In a sense, they had become the new gurus of art for having faithfully answered the request of the mainstream art scene to please don an alibi as an art.

They investigated the nature of digital technology to “read” the images on the Web, and applied its various mechanisms in political situations through a series of video masses that were presented with rather heavy artist statements.
They usually proceeded to the conclusion that “because the nature of Internet images is such and such, I support them”. Then the vocabulary of these masters were brought into Korea in rampant mistranslation that they “severely criticize machine civilization”. For instance, the “poor images” on the Internet were, for Hito Steyerl, the “cyberpunk” of the 2000s. As the hippies of Silicon Valley in the late 1970s dreamed of utopia and clung to computer technology, or as the point when “Marxism” started to invade “cultural studies”, Steyerl designates low culture as the counter concept of high culture and asserts that degraded digital images are its representatives.

Looking back, it seems post-Internet art has progressed mainly in two directions. One would be the way of investing the cheap and vernacular Internet images with the traditional authority of art, and the other is to drag the former images of artistic authority down to the context of floating around on the Internet, where all images cannot be but flat due to the monitor.

Young Korean artists of the 2010s grew up in a media environment completely different from the previous generation. Since the advent of an unusually excessive IT fever and PC room culture, the everyday of students after school did not mean merely doing homework, reading books, or playing ball with friends. Instead, they started accessing the newly generated reality. This was a natural flow of events. When housing environment centered on apartments, its surrounding economic power relations, private education, and other distorted tricks of life finally bloated the reality to its fullest, the density could not but create cracks. Young children squeezed out through the gap and ran off into the world of fantasy inside square LCD screens.

In the meanwhile, the otaku culture from Japan parasitized on the closed foundation of Internet. However, this was not only because Korean Internet was simply a network functioning as a utopia where realistically impossible tasks can be realized. To be precise, this was possible because it was on the Internet that people who had not been able to find a suitable form of play in reality found others with similar tastes and shared the database they had accumulated. However, the ply of the everyday that Koreans had to face was not sturdy enough for them to bear that world of illusion. Ever since StarCraft served as a common ground between those who had played pool with neighborhood friends and those who worship Evangelion, “that subculture” once operated by a few computer junkie kids also lost a place to hide. The world of fantasy that had started out as a copy or alternative of reality, at some point, was entangled with the reality itself.

After about a decade since the “general public” was exposed to Internet, almost no one remembered whether living the life of reality and fulfilling its tasks preceded wandering around illusion as a form of play, or vice versa. Illusion took after the reality that freakishly accentuates efficiency, while reality processed the energy from illusion to meet the “public taste”. Big Web portals calmly and persistently redefined Koreans as a proper noun, and the “weird stuff” that had been flowing from the Web into the reality was embraced as (actually an even weirder, such as googling “Naver”) “the norm”.

When smartphones and SNS culture were added on top of all this in late 2000s, the world entered yet another phase. For instance, the mobile experience of gourmet tours through Web portal map services did not simply mean employing the functions of the Internet. Daily experience now took on a different form, having shifted from saving the body’s direct sensations on the brain to saving the images shot with smartphone cameras —a device synchronized with the body— on timelines of the online self. Such lives that have completed the full volume of reality in their palms were no different from the lives of game characters that roam the virtual topography of PC games to collect items. Living as if one had the option of choice when one does not, in a world where nothing is experienced even when it can be experienced. Thus, the body was no longer the body it used be, but a hologram created by light refracted through the prism of media.

Ever since the Internet was synchronized with reality, Korean Internet has constantly controlled the world outside the monitor. Citizens picked up the items of bicycles or hiking shoes and cleared the missions of Gyeongin Ara Waterway and Dulle-gil tracking. While entertainment shows on cable TV may slip otaku jargon in their subtitles, for the middleaged that frequent KakaoTalk, the terms were no more than interesting and trendy vocabulary that today’s young people use. A world where the people that always have be online share hundreds of images everyday among themselves. A world where only a large mass exists, a mass of numerous daily timelines broadcasted live through numerous selfies. A world where everyone can observe everyone. A world where everyone shares the same hot search words of the moment, the keywords that are updated every second by the Web portal shared by all. This is the world today’s Koreans live in.

Rather than the seemingly wicked low-resolution images of overseas Internet image archives, off the wall images that refer to nothing are now saved on Korea’s Internet in a desperately perfect posh structure. They are all high-end images that have unintentionally become cheap. This resembles the new town that has realized futile presentation-purpose functions through polished finishing during the past decade that Seoul city has spent on redeveloping its downtown. The spectacle that has jumped out of the monitor, one that consists only of its skin, floats around in the real world while people search for evidence of their own presence through the experience of taking its photos and uploading the images on KakaoStory.

Therefore, looking for “post-Internet art” in Korea is not a task that can be performed by introducing the masters of the West and seeking to share awareness of problems and the like. Because the Korean Internet is changing more thoroughly and at a pace much faster than art, Korea is where the absurd delusion to catch up with the speed of the Internet through art can actually become an ingredient for the art. In order to embrace a world other than the Internet, there is no other feasible method than to use the Internet’s grammar; and in order to understand the Internet, we can only model and connect the skin of the real world that reflects the Internet’s grammar.

Now let us take a few steps back and ask the following questions. Artists of this new generation grew up amidst eventful ups and downs of the Internet. How do they now perceive the world? In what kind of way do they reflect and represent the reality that now embraces the new domain called the Internet? New Skin: Modeling and Attaching invites six artists that investigate the virtual’s sublimity that can be attained by accentuating the visual skin of the fictitious topography. Resonating in each of the vacuum timelines that these artists have designed, toward what direction is this art form headed?