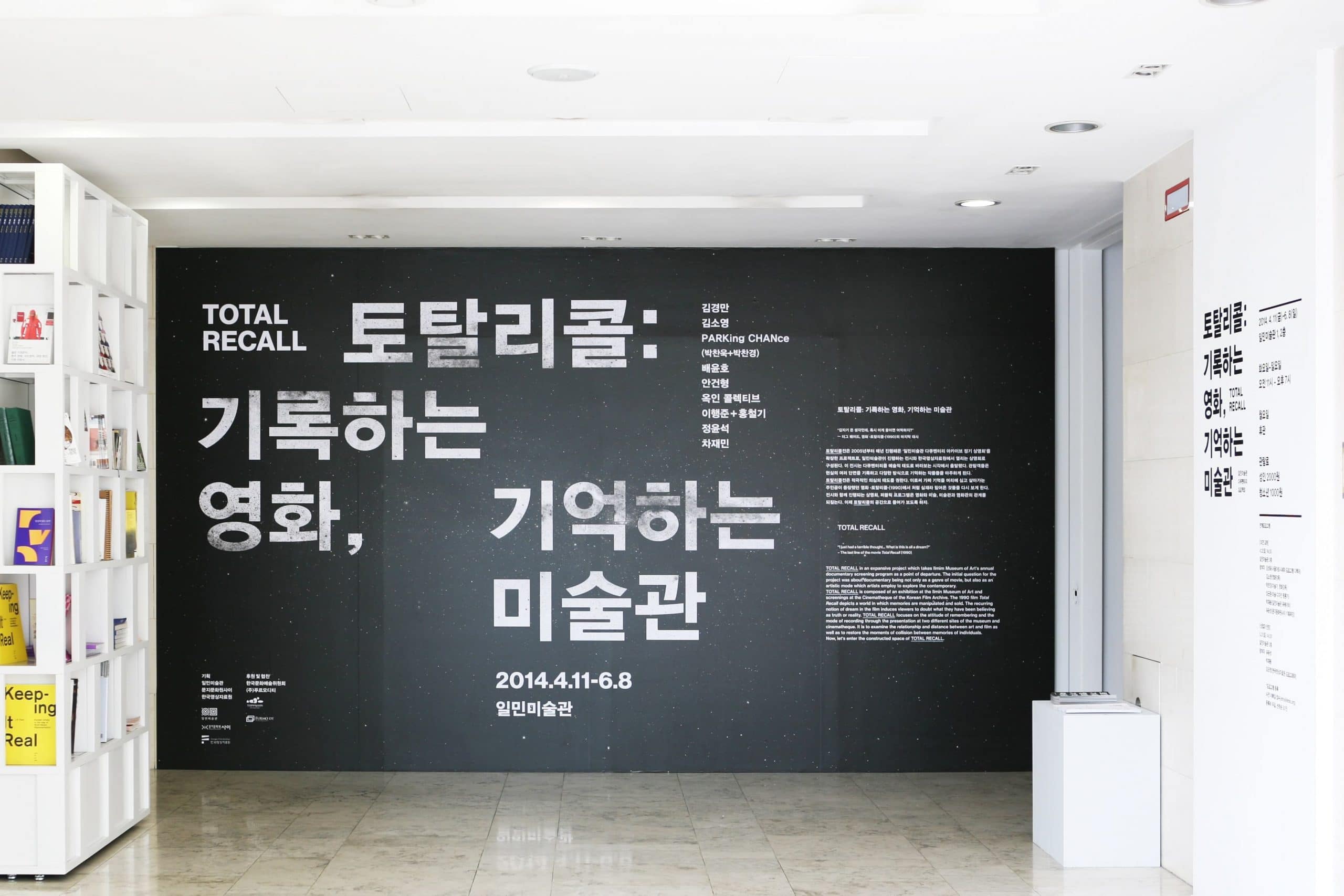 Working with memory and record as keywords, the exhibition will present new work by film directors and show selected films of contemporary artists in a new context. Meanwhile,at the Korean Film Archive screening will present films in the context and environment of the theatre. The public programs will focus on meetings and conversations among currently active artists, directors, and critics.

Ilmin Museum of Art opened Documentary Archives in 2002 and held annual documentary sessions since 2005. To expand the screening convention by utilizing museum space, Total Recall will have screenings of artists’ work in theaters and public programs that connect film and art. Beginning with this project, Ilmin Museum will explore the relationship of film, art, and documentaries and provide a space that creates a dialogue and interaction of current, contemporary, and artistic issues with the public.