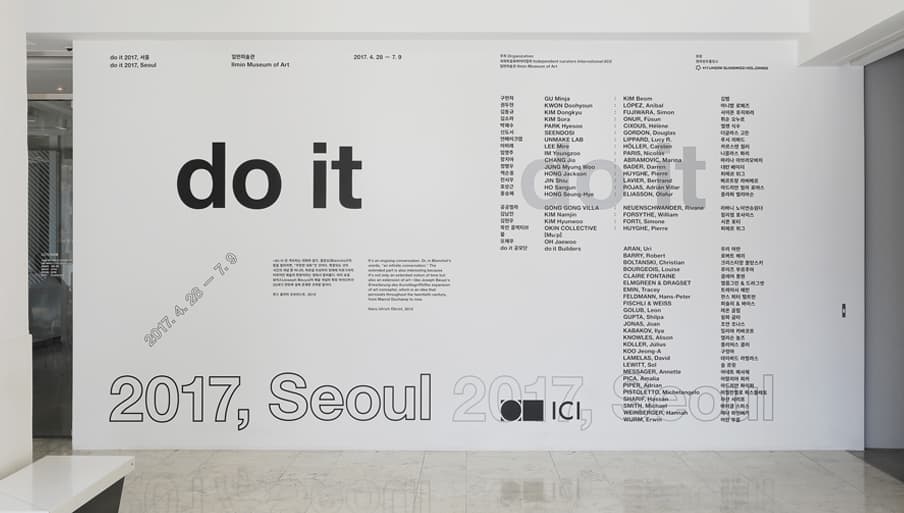 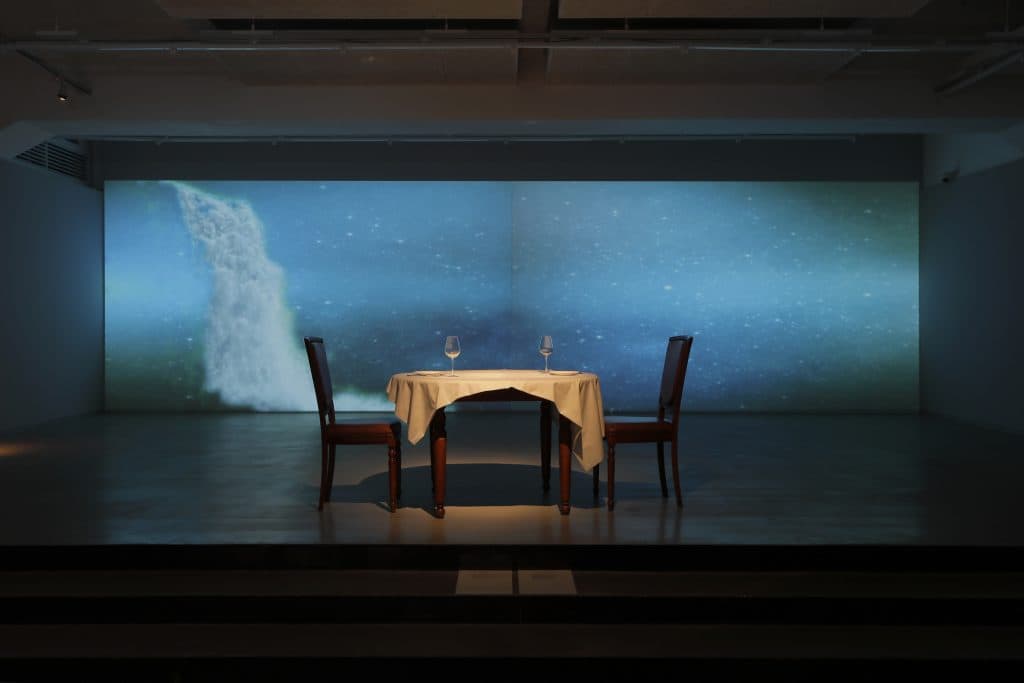 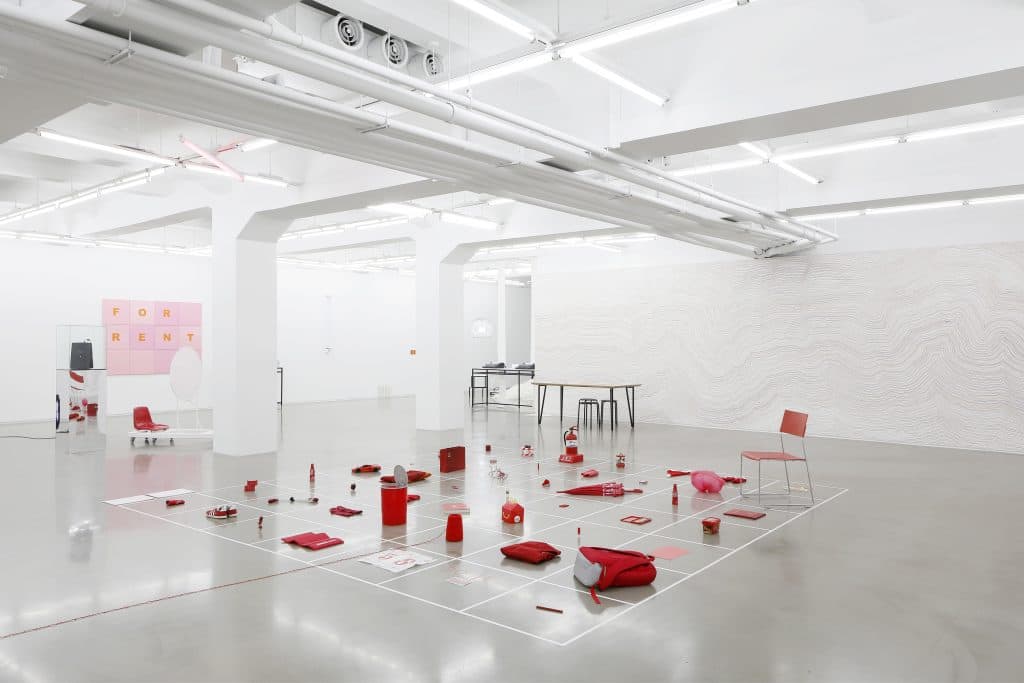 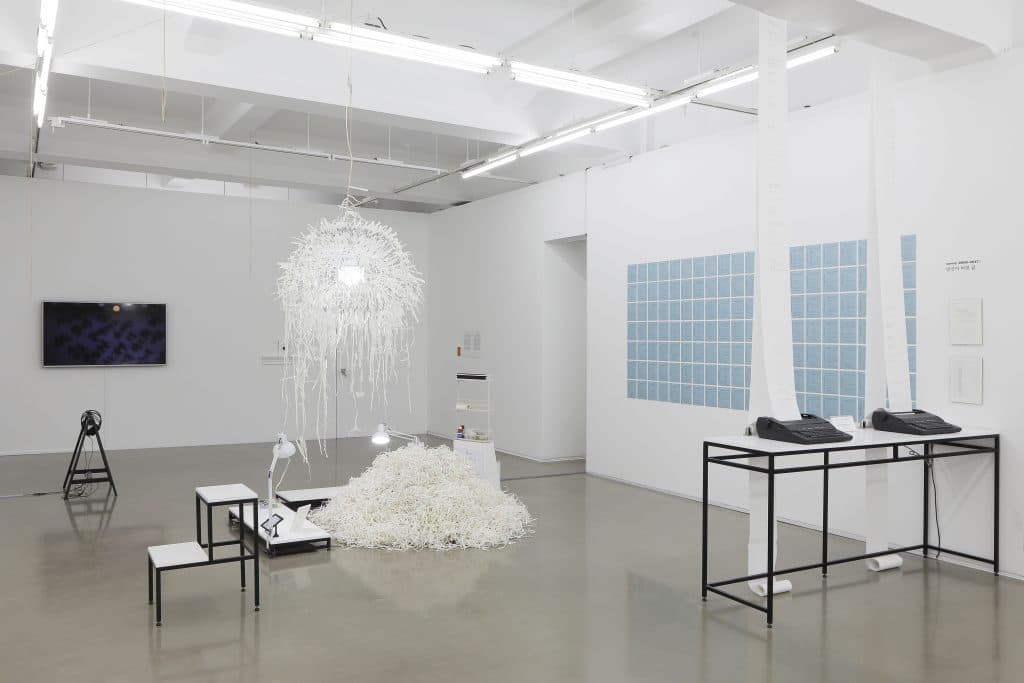 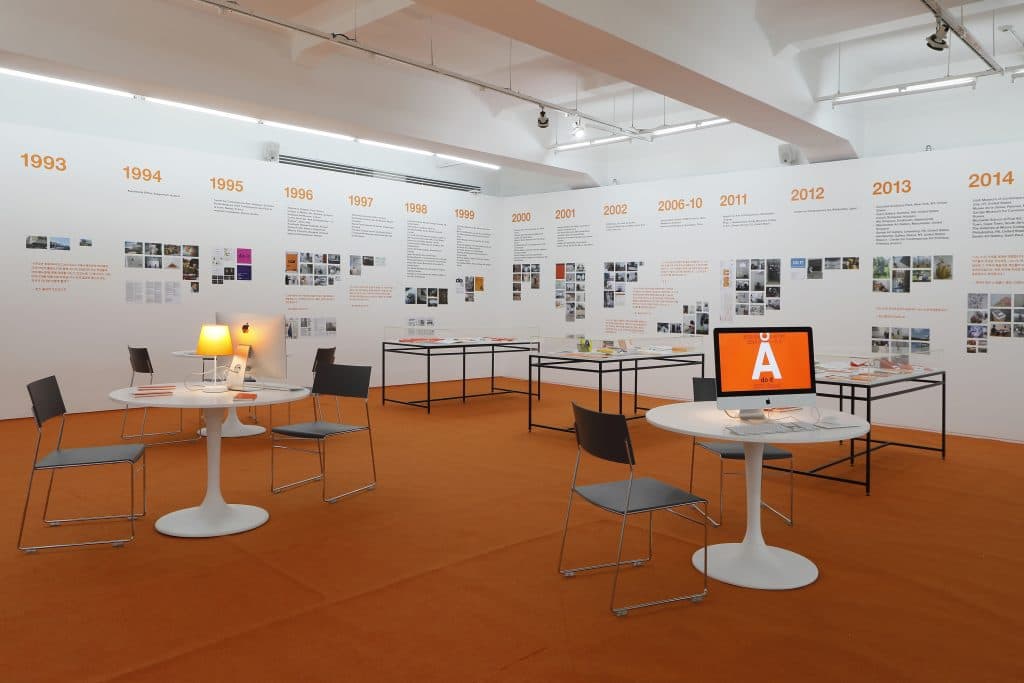 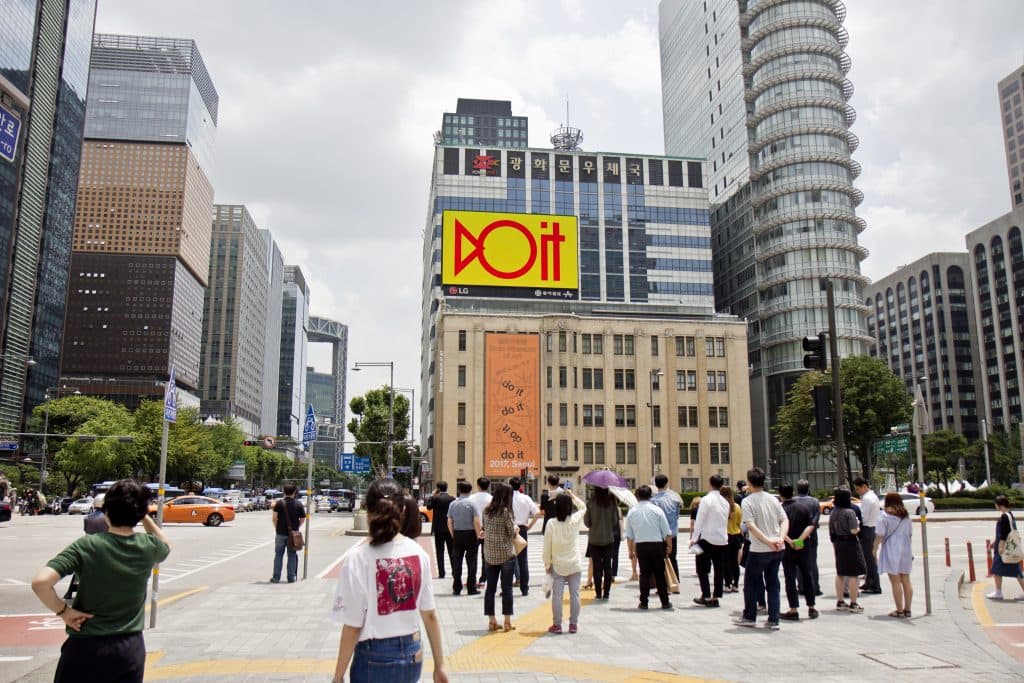 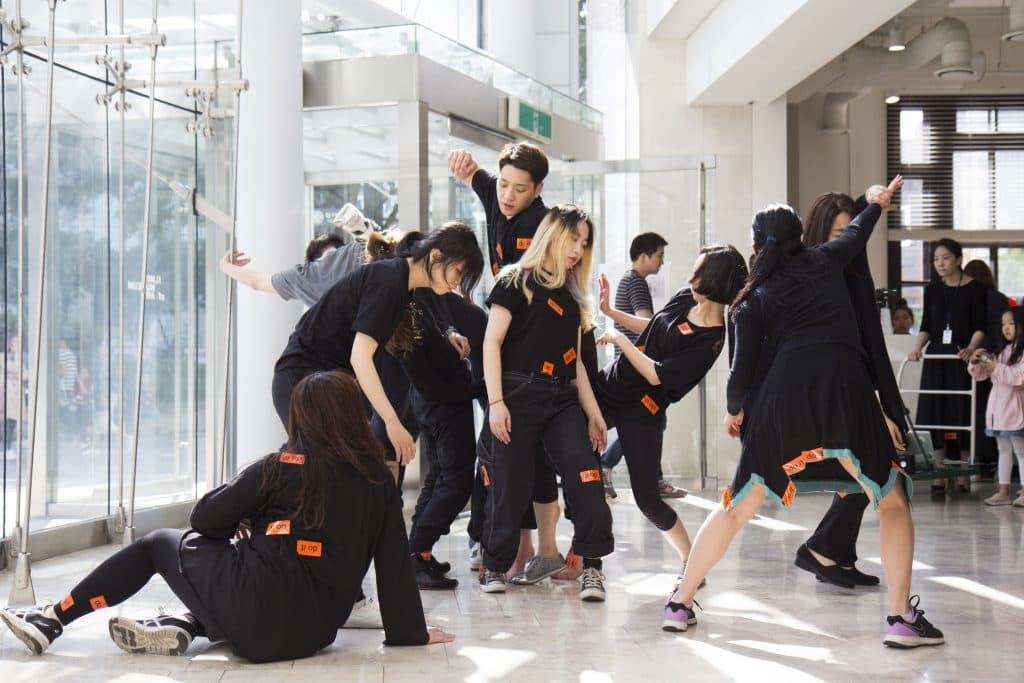 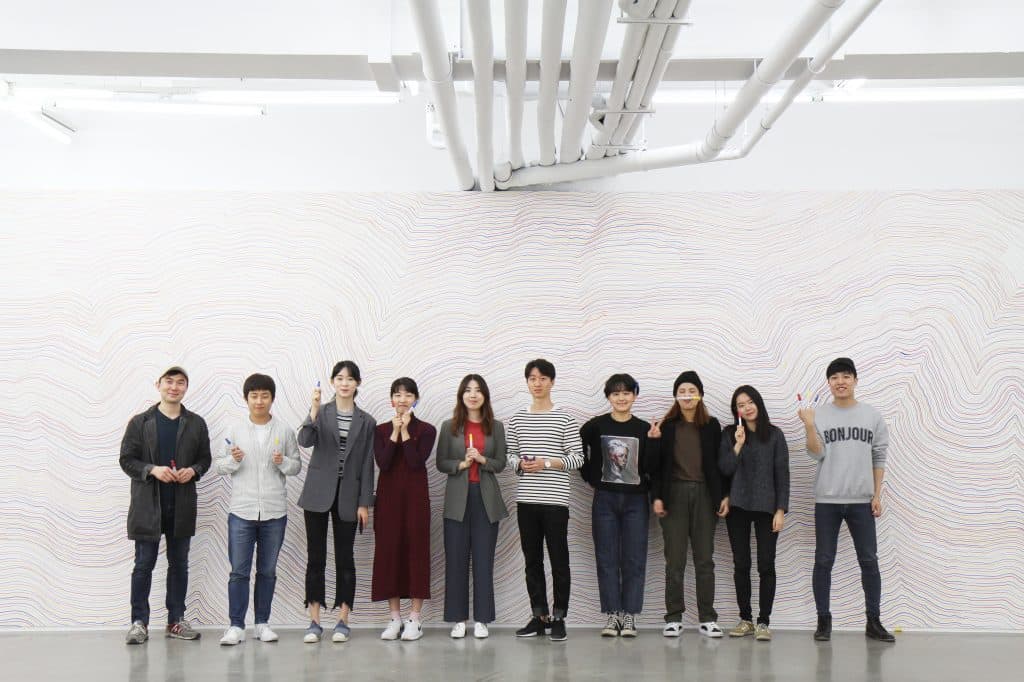 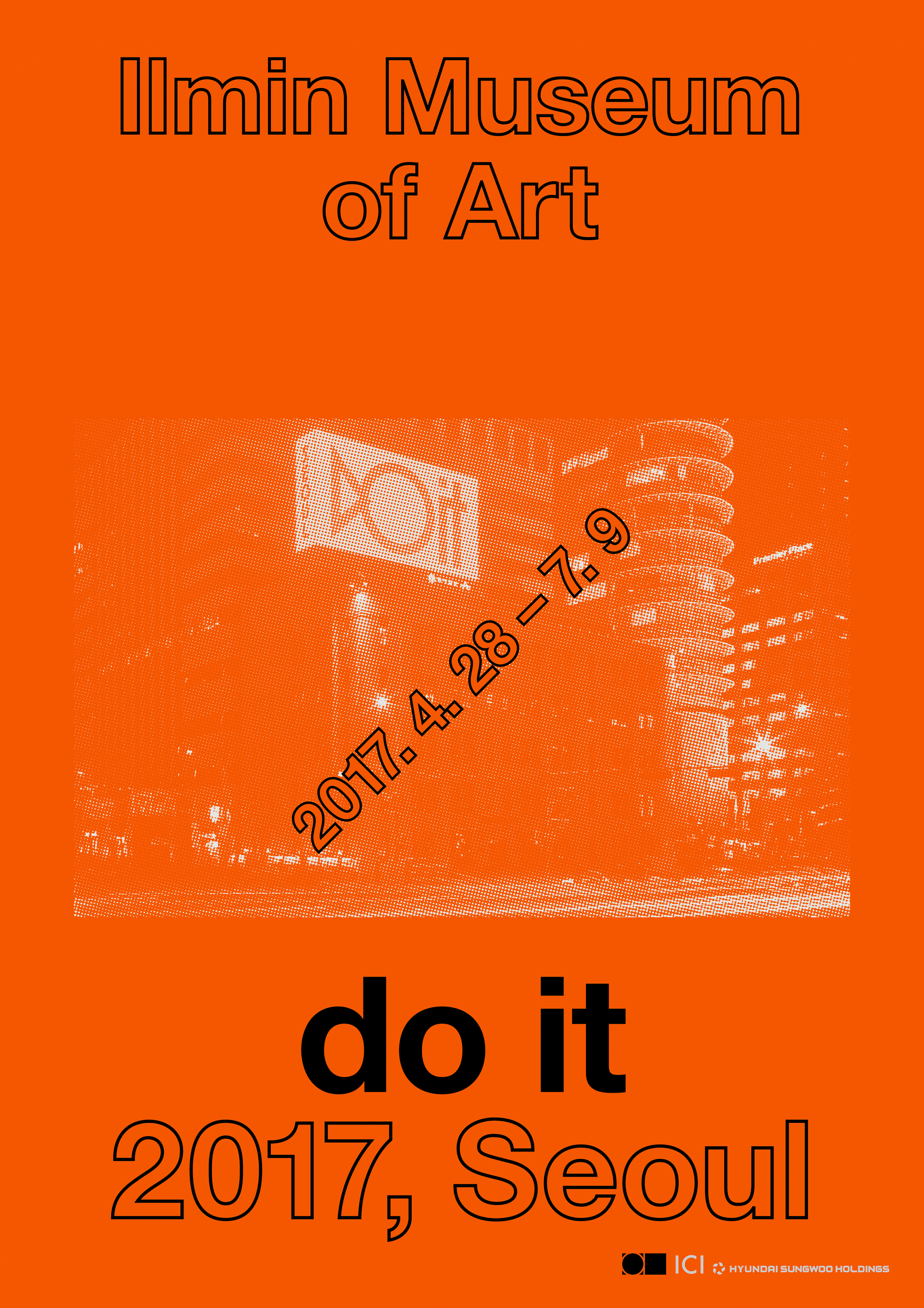 do it 2017, Seoul is the 2017 Seoul version of the exhibition platform do it, which was developed from an idea that came out in a discussion between curator Hans Ulrich Obrist, and artists Christian Boltanski, and Bertrand Lavier at a café in Paris in 1993, regarding the questions such as “what would happen if there was an exhibition that wouldn’t ever stop,” and “how an exhibition become more flexible and open-ended.” Based on instructions, manuals and game protocols written by artists, this exhibition platform enables artworks to be enacted in unique ways in each version of its realization. In this sense, do it explores the possibility of artworks being presented as a ‘score’ or a ‘scenario’. Since 1993, the instructions which form the fundamentals of the exhibition have been accumulated by approximately four hundred artists including philosophers, film directors, and musicians, and have been actualized not only in art museums around the world, but also in outdoor public spaces, home, and through TV channels and online platforms, thus expanding and proliferating to this date. do it, the ever-lasting exhibition that incessantly produces newness and distinctiveness based on local specificity, has been recorded as the longest-running exhibition that has been presented in the largest number of places in history.

do it 2017, Seoul will be presented as an adaptation of 44 instructions selected by Ilmin Museum of Art from the 250 instructions in do it: the compendium (published by ICI in 2013), which include Marina Abramović, Pierre Huyghe, Olafur Eliasson, and more. These instructions will be reinterpreted by Korean artists through their own work. The public are also invited to perform the instructions through performances, events, and games in a various locations such as public spaces, home, and even on SNS. Why do we call for Obrist’s do it in the year of 2017? Since the attempts of Duchamp, Dadaists, and Surrealists, exhibitions pertaining to new perspectives on spectatorship and the shifted paradigm in art production have been developed and evolved throughout the history of the 20th century avant-garde led by Fluxus. However, as seen in Community based art in the 70s and Relational art in the 90s that continue this legacy, art that has had the public or the audience as the principle agent in its production have always been reestablished and underscored in times of “political transition or moments of revolts”. The year 2017, which started with hundreds of thousands of candlelights filled in the Gwanghwamun Plaza where Ilmin Museum of Art is located, is the moment when we must heed again to the new forms of participatory art, the artist and the monumental revival of the creative audience, all that may reappear in certain forms or already have. On the other hand, do it 2017, Seoul reexamines in wide spectrum the ruminations on originality and authorship that have surfaced in relation to the unique characteristics of participatory art imported and naturalized in Korea as well as the transformation of media environment as seen as such in SNS.

The list in do it includes the (daily/political) opinions or proposals of artists, the choreography of dancers, and the instructions of film directors, theorists, and activists. Fifteen Korean artists will enact these in unpredictable forms through the daily, political, and social situations of 2017 Korea. These instructions will also be reinterpreted, translated and edited by numerous people from various communities online and offline through their voluntary participation. Ultimately, the instructions personalized in do it 2017, Seoul will show the process of these instructions evolving into diverse questions of what and how to think, to enjoy, to talk, to act, and to construct. In addition, do it 2017, Seoul will exhibit the archive of the evolving 20 year history of this international exhibition, aiming to reveal the diverse perspectives in the cultural locality of countless cities, nations, and districts, reflected in the interpretation of the instructions. do it fundamentally reflects the history of subversion and revolution of the 20th century avant-garde, but at the same time proposes a connection with future potential by integrating the indeterminate and unpredictable characteristics of the local and contemporary. do it 2017, Seoul essentially aspires to openly welcome and expand interpretations and negotiation as the momentum for the adventure where both artists and audience can equally wander around this ever-evolving multi-layered time space.

do it is an exhibition conceived and curated by Hans UlrichObrist, and organized by Independent Curators International(ICI), New York. do it and the accompanying publication, do it: the compendium, were made possible, in part, by grantsfrom the Elizabeth Firestone Graham Foundation, the RobertSterling Clark Foundation, and with the generous supportfrom Project Perpetual and ICI’s International Forum andBoard of Trustees.